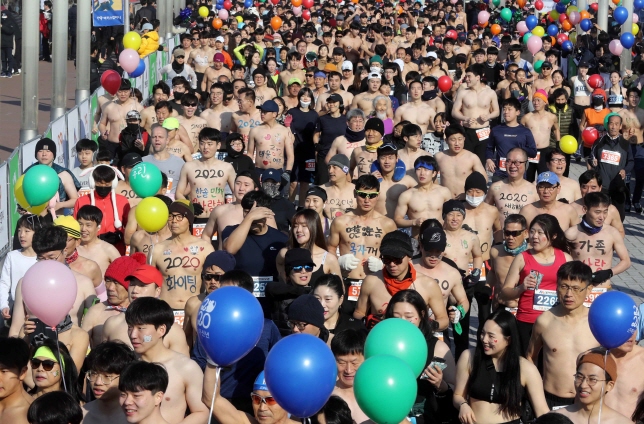 At precisely 11 o’clock, 11 minutes, and 11 seconds on the morning of New Year’s Day, some 3,000 participants leaped at the starting signal at Gapcheon Expo Bridge in Daejeon.

Participants were either topless or wearing short sleeves, running through the winter cold along Gapcheon Stream.

The marathon was hosted by the MacKiss Company, a liquor producer in Chungcheong Province, offering a 7-kilometer course starting from the Expo Bridge. 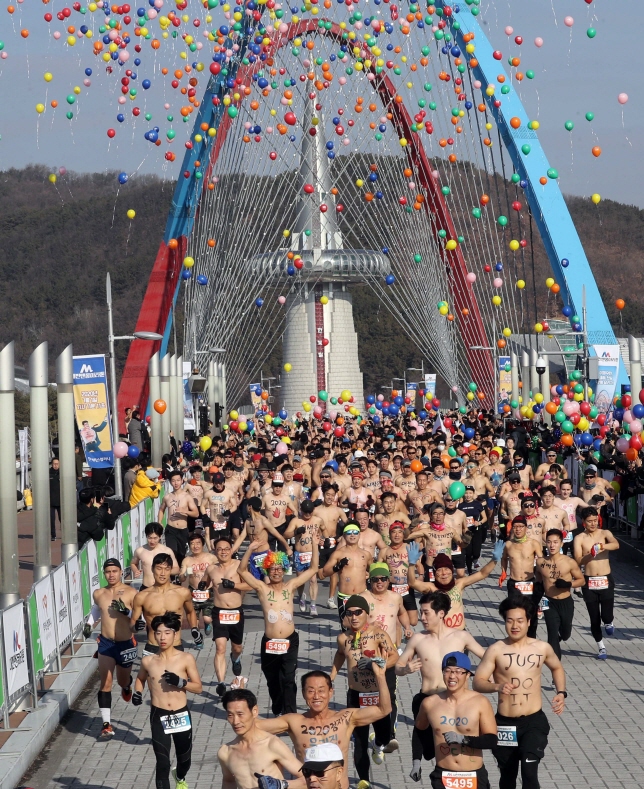