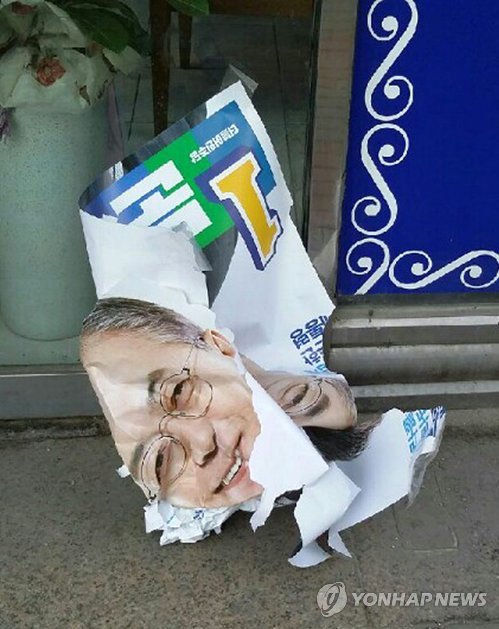 (image: Yonhap, not related to this article)

SEOUL, April 25 (Korea Bizwire) – With only two weeks left until South Korea votes for its next president, the election posters that began popping up on local streets on April 20 are under attack.

The vandalism mostly takes place due to a general lack of knowledge among the public regarding the unlawfulness of such acts, although various reasons for the damages have been observed by authorities. Last weekend, for instance, officials in Busan concluded a vandalism case with two stray cats allegedly damaging the posters, raising a laugh.

Foreigners are no exception. The Mapo District Police said Monday that a 64-year-old American English instructor at Hongik University was indicted (without detention) for tearing down election posters without permission, violating the Public Official Election Act.

According to the police, the instructor, only disclosed as “R,” is accused of attempting to remove the posters displayed in front of his home at around 4:50 p.m. on April 21. Although the neighbors tried to stop R from tearing down the posters, he persisted, repeatedly saying “my home,” until he was stopped by the police, officials said.

The instructor later testified that he (or she) was unaware of the fact that the act would result in legal punishment.

A local man from Gangwon Province even damaged the posters because he didn’t like a candidate’s “gaze.”

The Chuncheon Police Station indicted the 50-year-old man on April 23, again for violating the Public Official Election Act. Officials said that he damaged one of the posters with the edge of his key, first at about 8:00 a.m. to a poster attached on the wall of a Hupyeong-dong middle school, then again after ten minutes at a different location.

“I felt like the candidate had an offensive gaze,” he later testified to the police. 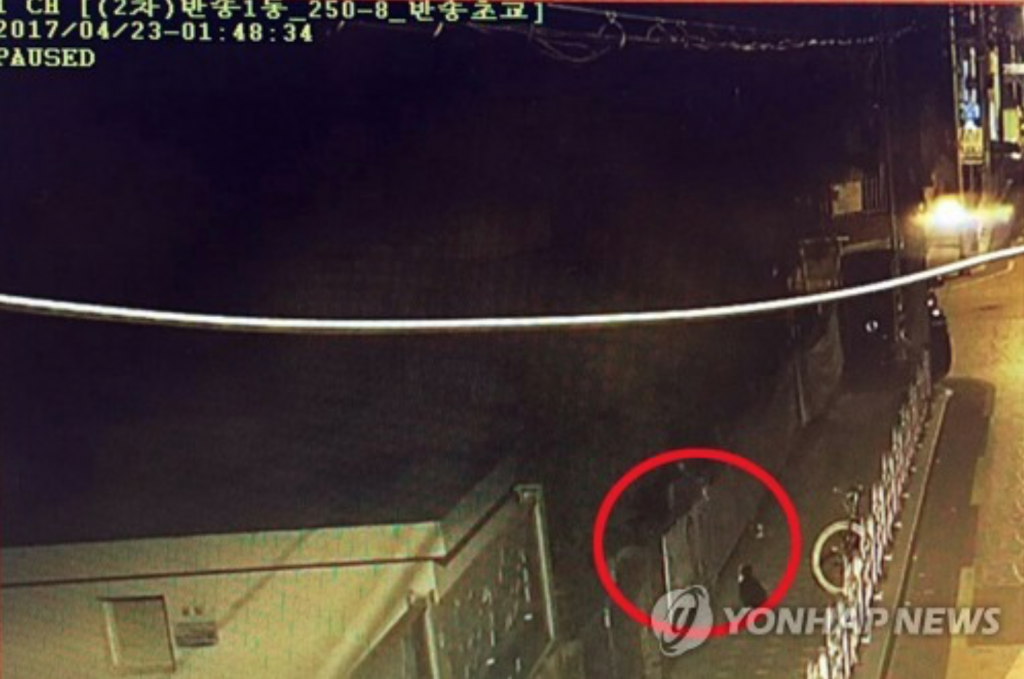 Going back to the stray cats, officers from the Busan Haeundae Police Station found damaged election posters in front of Bansong Elementary School at 5:10 a.m. on April 23.

After going through the video footage of a nearby CCTV camera, the police concluded the case with stray cats as prime suspects after finding no human suspects walking past the posters and considering that they were damaged when two stray cats disappeared from sight after roaming the area.

In accordance with the Public Official Election Act, damaging or removing election posters or banners without justifiable grounds can result in up to two years of imprisonment or 4 million won ($3,525) in fines.