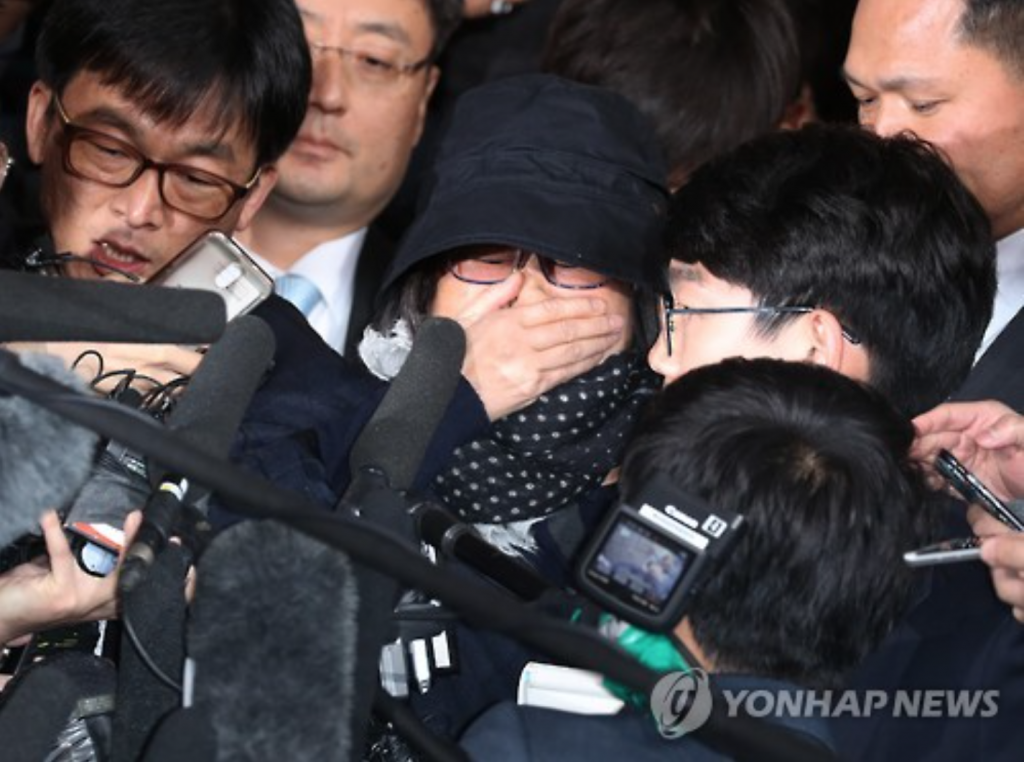 SEOUL, Oct. 31 (Korea Bizwire) – Choi Soon-sil, a confidante of President Park, appeared at the state prosecutors’ office on Monday for questioning with regards to allegations of her involvement, interference, and influence over the South Korean president and in state affairs.

“I am so sorry,” she told reporters before entering the prosecutors’ office. “I have committed an unpardonable crime.”

Choi had initially intended to hold a quick question and answer session before entering the building, a plan which quickly changed when some 300 reporters – Korean and foreign – as well as dozens of angry protesters mobbed Choi as soon as she stepped out of her vehicle.

Choi is accused of influencing state affairs via her decades-old friendship with the president, and is also alleged to have pocketed funds from two nonprofit organizations – Mir Foundation and K-Sports Foundation – that received tens of billions of won in donations from local conglomerates in the name of supporting various cultural and sports projects. 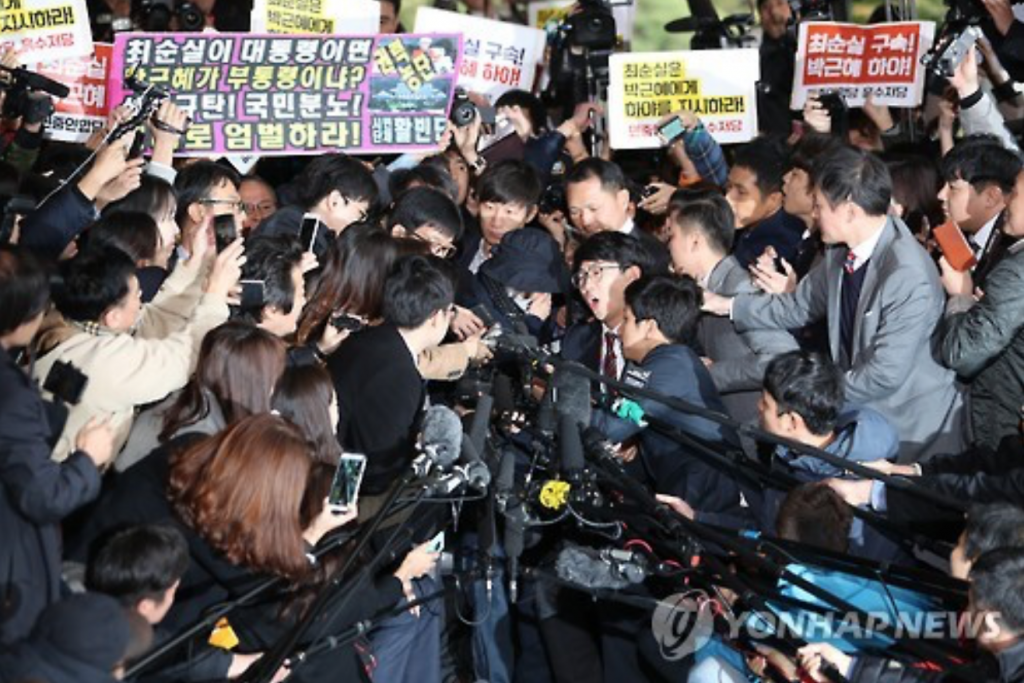 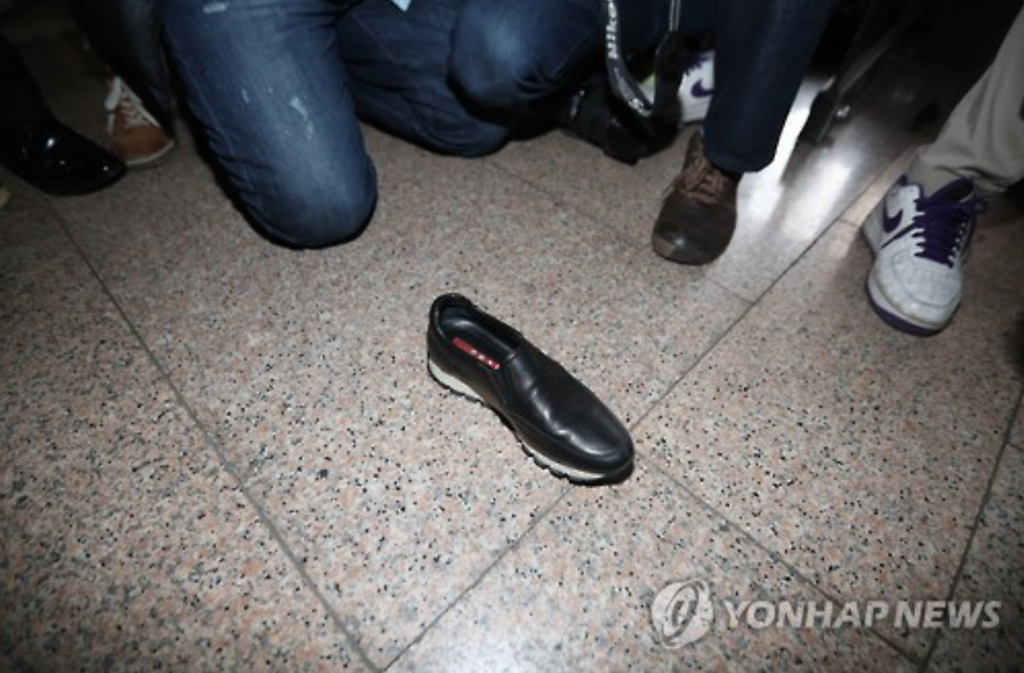 Seen here is one of Choi Soon-sil’s shoes which fell off amid her push through the crowd of reporters covering her appearance at the Seoul Central District Court. 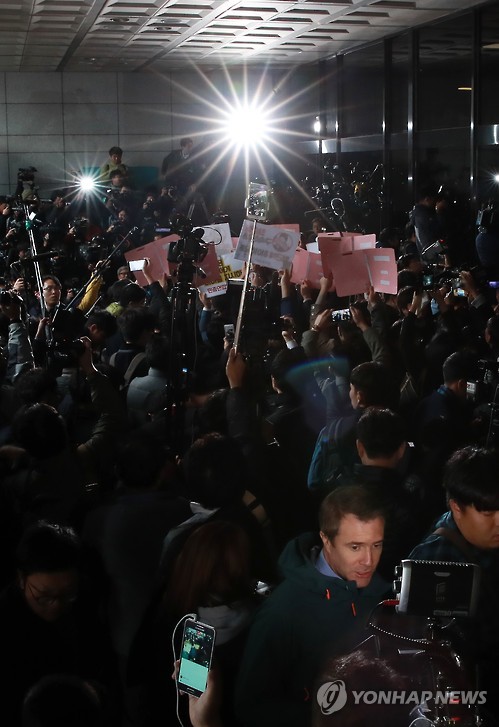