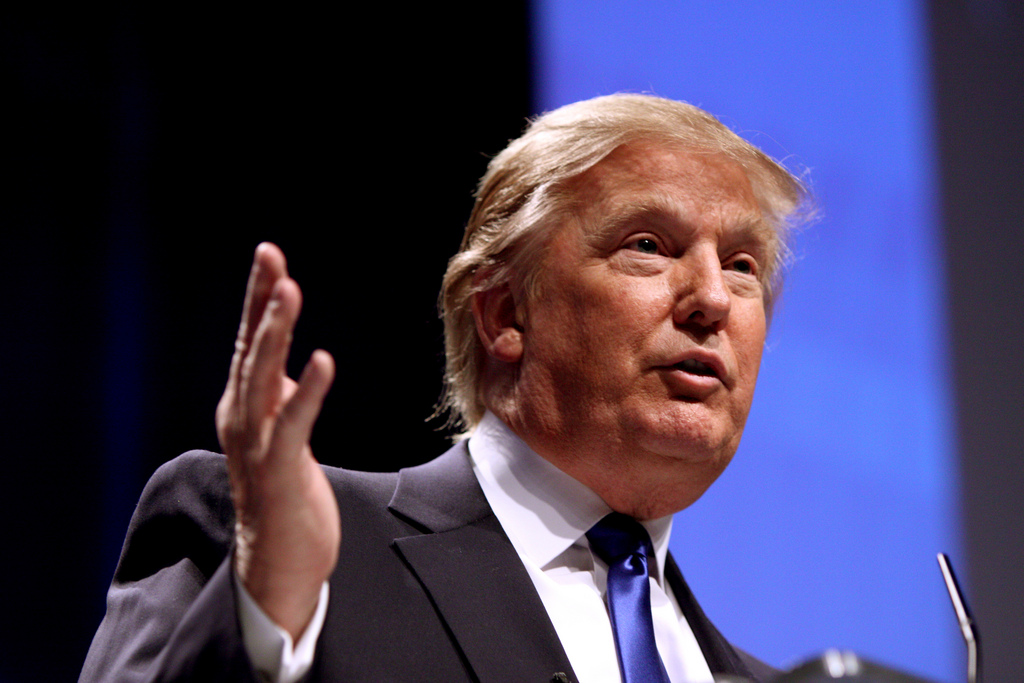 Trump, a billionaire real estate mogul, has emerged as a leading candidate for the Republican presidential nomination for next year’s election. (image: Gage Skidmore)

WASHINGTON, Jul. 23 (Korea Bizwire) — U.S. Republican presidential hopeful Donald Trump has apparently criticized South Korea for relying on the U.S. for its defense while making a lot of money.

Trump made the remark during a campaign speech in South Carolina on Tuesday, mentioning South Korea apparently as a nation similar to Saudi Arabia that he accused of enjoying a security free ride on U.S. taxpayers’ money while giving “nothing” in return.

“I like the Saudis … They buy all sorts of my stuff, all kinds of toys from Trump. They pay me millions and hundreds of millions. But you know what? They make a billion dollars a day, folks, and whenever they’re in trouble, our military takes care. You know we get nothing,” he said.

“South Korea,” he said before a member of the audience apparently shouted “crazy.”

About 28,500 U.S. troops are stationed in South Korea to help defend the Asian ally from the communist North, a legacy of the 1950-53 Korean War that ended in a truce, not a peace treaty, which left the divided peninsula still technically at war.

Seoul has long shared the cost of stationing U.S. forces.

Last year, the two countries renewed their cost-sharing agreement, known as the Special Measures Agreement, with Seoul agreeing to pay 920 billion won (US$886 million) for 2014 for the upkeep of the U.S. troops, a 5.8 percent increase from a year earlier.

Moreover, the American military presence on the peninsula is seen as in line with U.S. national interests in a region marked by a rising China.

Trump, a billionaire real estate mogul, has emerged as a leading candidate for the Republican presidential nomination for next year’s election as he made a series of unbridled remarks on sensitive issues that apparently struck a chord with conservatives.

One thought on “Trump Criticizes S. Korea for Relying on U.S. for Defense”