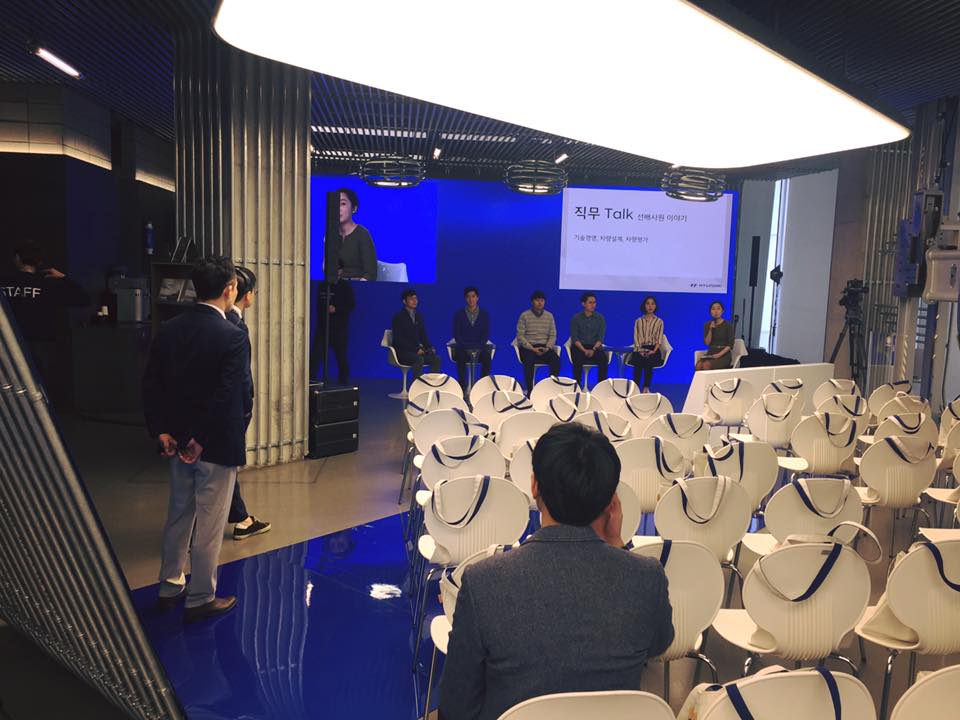 This was the first time for the automaker to broadcast its job information sessions through the web, and they were a big success according to officials. (image: Facebook/ Hyundai Motor Company)

SEOUL, March 8 (Korea Bizwire) – Only 70 people appeared at the Hyundai Motorstudio in Seoul on Tuesday for the company’s biannual recruiting information sessions, but another 40,000 job seekers were present in the room through their laptops and smartphones, via Facebook Live.

This was the first time for the automaker to broadcast its job information sessions through the web, and they were a big success according to officials, who said they were much more efficient than in-person meetings.

Hyundai, like most other major corporations in South Korea, used to make visits to dozens of colleges in the country before kicking off its recruiting season.

Some 600 comments and inquiries were submitted during the sessions through the chat window, which Hyundai’s Facebook liaison responded to in real-time. It would have been impossible to answer that many questions in a traditional, face-to-face Q&A session, officials said.

As for the online participants, it was also a better and a more open environment, making it easier to ask somewhat awkward questions like, “I’ve been rejected once in the past, will I be subject to any disadvantages?”

“We thought hard on how to get in touch with many talented young men and women, and decided to first change the format of our info sessions,” said the company’s recruitment director, Kim Eun-ha.

Hyundai is hosting additional sessions throughout the rest of the week for different divisions including manufacturing, software, and design. Tuesday’s sessions were for research and development.