SEOUL, Sep. 18 (Korea Bizwire) – As soon as Taetiseo, or TTS, a unit group of Girls’ Generation, released the second EP, Holler, the album ranked No.1 in iTunes Charts in nine countries.

It is also proven that the song is globally popular by sitting in the second place in Finland and Japan, the third place in Sweden, the ninth place in the U.S. and Canada, and the eleventh place in Australia in the area of pop album chart.

The billboard chart published an article titled ‘Girls’ Generation – TTS on Why New ‘Holler’ EP Represents Their Mind, Body and Soul’ on its website, saying, “The entire record is the result of a group maturation.”

In an interview with the billboard chart, Tiffany, a member of TTS, commented its music video, saying, “The video has 10 different outfits – we wanted to beat “Twinkle,” that was two-and-a-half years ago, so we wanted it to be a lot more sophisticated. It was very J.Lo-inspired.”

The girl group plans to be on its first stage in the M Countdown music show of Mnet, as well as  release its EP album at off-line stores on September 18. 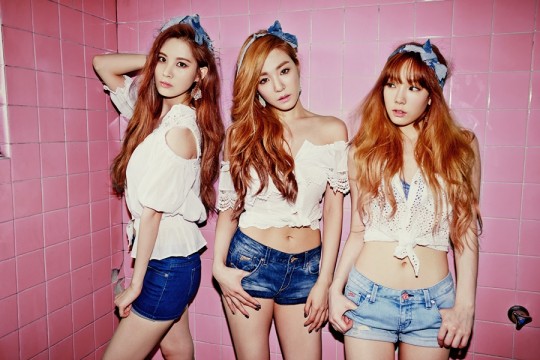 One thought on “TTS, Unit Group of Girls’ Generation, Took First Place in iTunes Charts around the World”