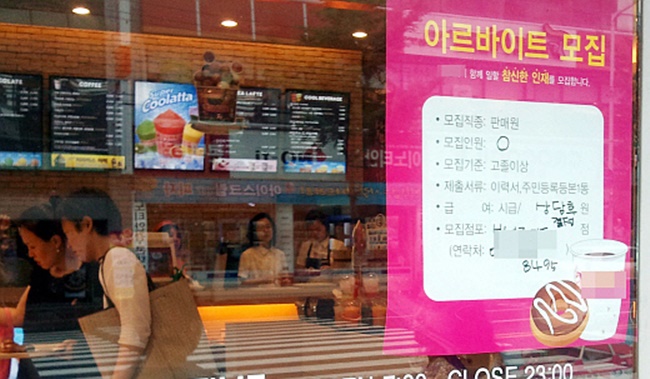 The researchers say that a recent decline in cultural activity participation among twentysomethings is caused by slow job growth and longer working hours among part-time employees. (Image: Yonhap)

According to data released by Statistics Korea on Thursday, 87.1 percent of teenagers between 13 and 19 years of age enjoyed more than one type of cultural activity including plays, musicals, and sporting events, leaving behind those aged between 20 and 24 at 86.8 percent for the first time since records began.

The researchers say that a recent decline in cultural activity participation among twentysomethings is caused by slow job growth and longer working hours among part-time employees.

“An increase in the number of university students with a part-time job might have had an impact on their participation in cultural activities. It has been thought that increased arts and physical education in the curriculum of public education helped boost participation among teenagers,” an official at Statistics Korea said.

Participation in cultural activities has been increasing among South Korean teenagers since 2013, while the figure for those in their early 20s has been on a decline after peaking at 88.6 percent during the same year.

When broken down in detail, going to the cinema was the most popular activity, followed by attending plays and musicals, and sporting events.

The data also revealed that 12.5 percent of South Korean adolescents hadn’t enjoyed a single cultural activity over the last year.

When it comes to internet use, the average time spent online has been on a steady increase among both teenagers and those in their 20s.

South Korean teenagers spent an average of 16 hours and 54 minutes on the internet every week last year, while those in their 20s spent 23 hours and 36 minutes per week.

The number of teenagers who are at higher risk of smartphone addiction remained around 30 percent last year.