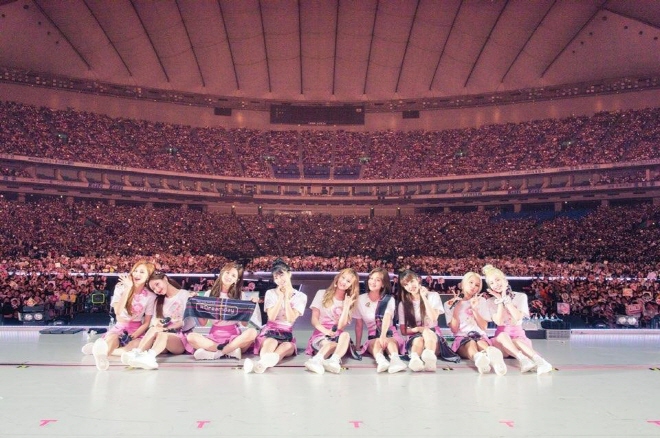 The girl band is currently on the globe-trotting concert tour, with its Japanese leg having kicked off last week in Hokkaido.

According to JYP Entertainment on Monday, the ongoing Japanese leg will newly include two days of concerts at Tokyo Dome from March 3-4.

It will be the girl band’s second year in a row to perform at one of Japan’s biggest concert venues after it first performed at the stadium on March 29 and 30 this year.

With the new addition to the itinerary, TWICE will perform 27 concerts in 17 cities across the world under “Twicelights.”

Also in Japan, the girl band is set to launch a new Japanese album, “&TWICE,” on Nov. 20, whose main track, “Fake & True,” pre-released on Oct. 18, has topped a Japanese real-time music chart.