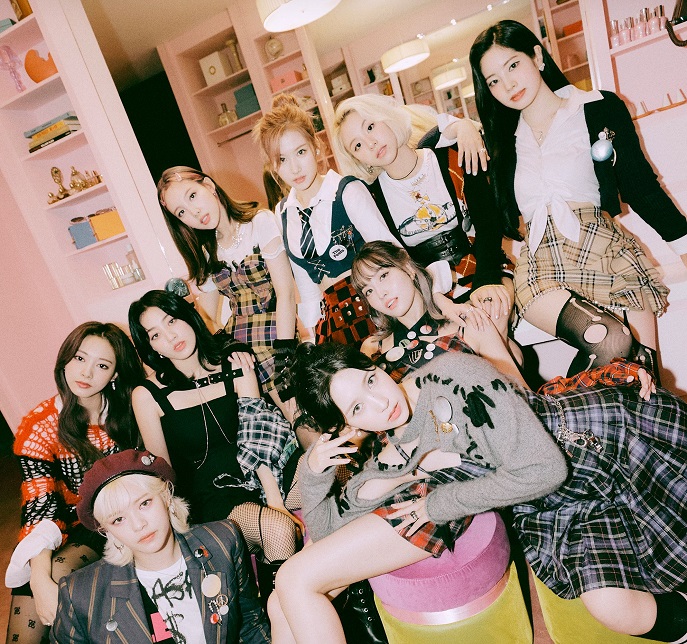 SEOUL, Sept. 8 (Korea Bizwire) — South Korean girl group TWICE, which has been recently building up a fandom in the United States, plans to release its first English single next month, its agency said Wednesday, signaling a full-scale inroad into the North American music market.

According to JYP Entertainment, TWICE’s first English language single “The Feels” will be released on Oct. 1 at 1 p.m. (midnight EST).

TWICE has previously released English versions of songs from its Korean albums, such as “More & More” and “I Can’t Stop Me.” But “The Feels” will be the K-pop group’s first English single since its debut in 2015.

“The Feels” is a fast-tempo disco song with a high teen concept. TWICE released a video containing part of its sound source through the short-form video platform TikTok earlier this week.

In the video, its members show off their model walk in time to the music while holding books in a powder room.

The nine-member group, which has a strong fan base in Japan, formed a partnership with Republic Records, a major American music label, last year in a bid to gain a foothold in the global pop market.

The group also performed on “The Ellen DeGeneres Show” for the first time. As a result, TWICE’s EP album “Taste of Love” rose to No. 6 on the Billboard main albums chart in June, becoming the second K-pop girl group to make the chart’s top 10.