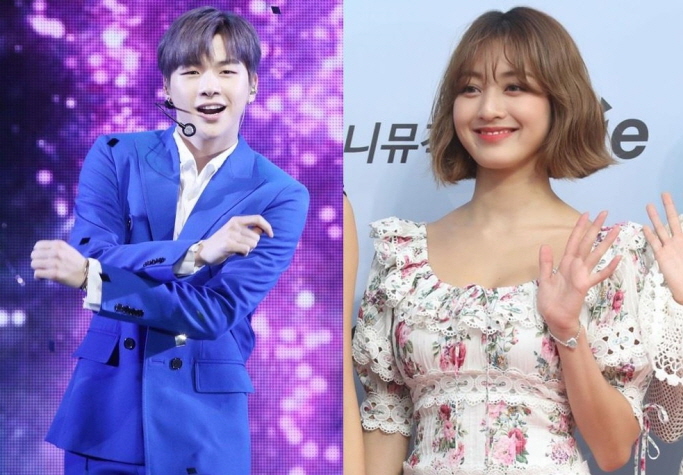 Kang Daniel (L) and TWICE member Jihyo. The two K-pop stars confirmed Aug. 5, 2019 that they are in a romantic relationship. (Yonhap)

Early Monday, a news outlet released photos of the two stars on a date near Kang Daniel’s home in Hannam-dong in central Seoul.

“The two people are in a relationship under which (they) are dating and interested (in each other),” Konnect Entertainment said.

The high-profile stars met for the first time at the arrangement of an unidentified fellow K-pop idol, according to media reports.

The two have been rumored since late last year to be romantically involved after they were seen dining together with a group of people who looked like dancers in the quiet, posh Hannam neighborhood.

The 23-year-old Kang reportedly developed a special attachment to the 22-year-old Jihyo for her steadfast support throughout the former’s legal strife with his former management agency up to the recent release of his first solo album.

In late July, Kang unveiled EP “Color On Me,” his first solo album since his project boy band, Wanna One, disbanded in January.

Before that, Kang was entangled in a legal row with his former agency LM Entertainment over the exclusive rights to market his music career.

Kang’s first solo album sold some 460,000 copies in the first week of its release.