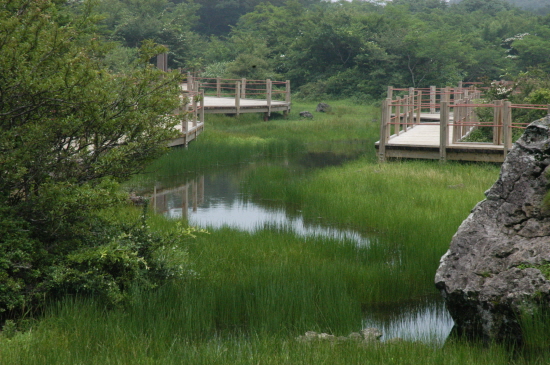 Sumeunmulbaengdui is unique in the biogeographic region because of its geology and method of formation. (image: Jeju Province)

SEOUL, May 22 (Korea Bizwire) — Two South Korean wetlands were registered with an intergovernmental treaty on protecting wetlands, officials said Friday, in the latest recognition of the country’s nature conservation areas.

Sumeunmulbaengdui, a natural mountainous peat wetland on the southern resort island of Jeju, and the Hanbando Wetland in Gangwon Province, made the list of wetlands managed by the Ramsar Convention, according to officials from the Ministry of Environment.

The decision on Friday raised to 21 the number of South Korean wetlands that were added to the Ramsar list.

The convention is named after the Iranian city of Ramsar, which hosted it in 1971.

Sumeunmulbaengdui is unique in the biogeographic region because of its geology and method of formation. The site’s bedrock has a high water-retaining capacity and functions as a natural filter, according to the information posted on the Ramsar website.

The website also said the Hanbando Wetland consists of various types of riffles and pools that maintain a rich biodiversity and provide habitats for numerous species, including a number of endemic and nationally threatened species.