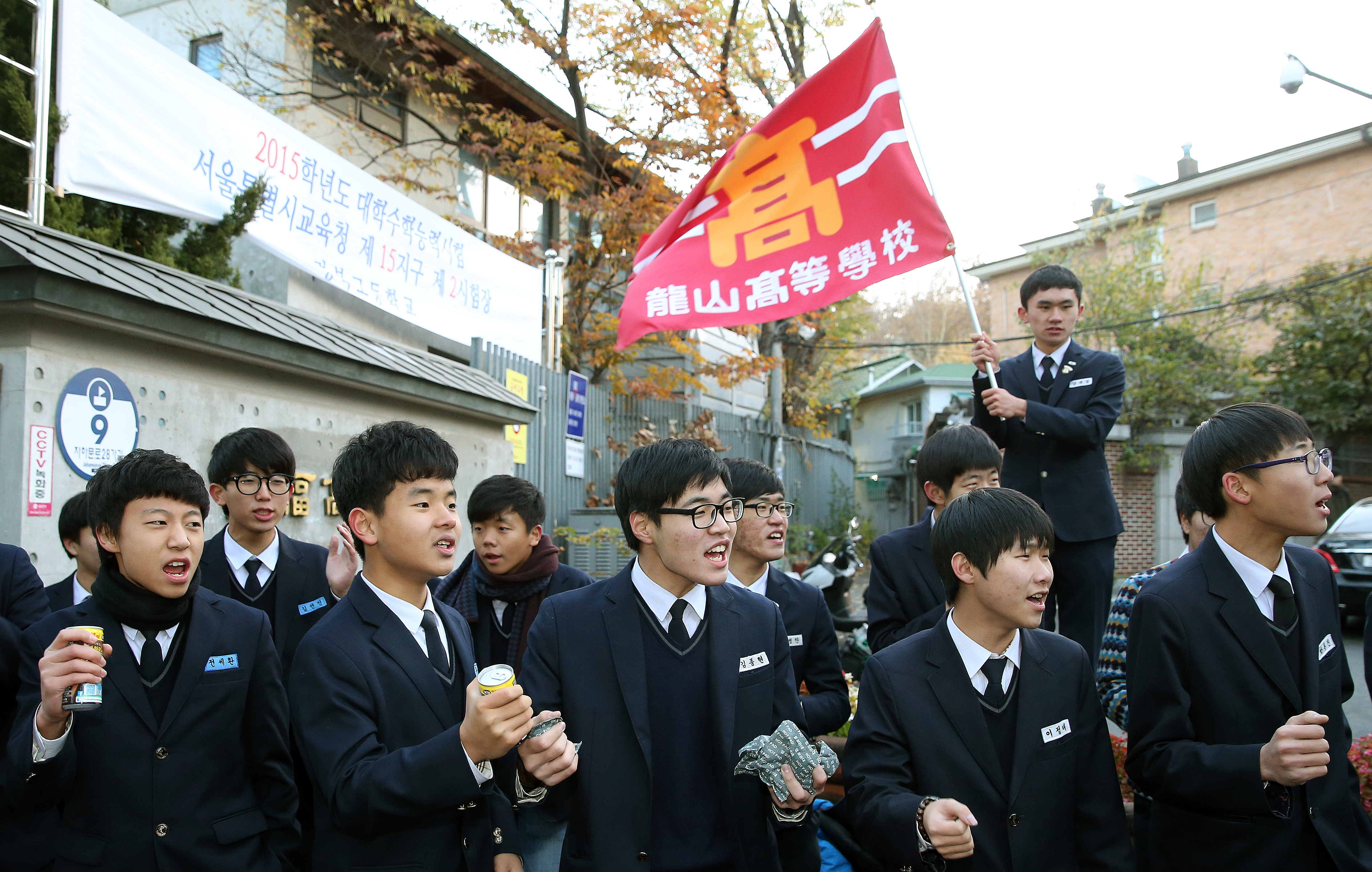 Students are encouraging their seniors and wish them best luck for the exam (Image: Republic of Korea/ Flicker)

SEOUL, Nov.13 (Korea Bizwire) – On November 12, an orientation was held for students who would sit for the next day’s Korean College Scholastic Ability Test (KSAT) in the 1,216 exam sites across the nation.

On the KSAT day, not only the police force but also the military force were mobilized in order to provide any kind of help for the students. The Joint Staff decided not to hold any military drill on the exam day and would control the noise for the KSAT.

The noise was tightly under control for the third period when the English listening test was held. During the time, all military airplanes were not allowed to take off and land except for real-time drilling and emergency occasions.

If any aircraft was inevitably to pass over the exam site, all of them should keep the 3-km flight altitude. Also, rifle drillings and any kind of maneuvers were not conducted during the English listening test period so that the students would not get any disadvantage from the military drillings.

For students, there was a strict restriction to follow. Any kinds of electronic devices were not allowed to bring in including mobile phones, electronic dictionaries, digital cameras and MP3 players. Moreover, wearable devices such as the smartwatch were forbidden. Smartwatch is categorized as an electronic device as users can send and receive text messages and take a picture with it, thus students should not wear smartwatches for the exam.

If any student was found to bring in one of those devices on the spot, it will be considered cheating and the test result will turn out as zero. There were 83 students who brought electronic devices to the exam sites in last year’s national exam.