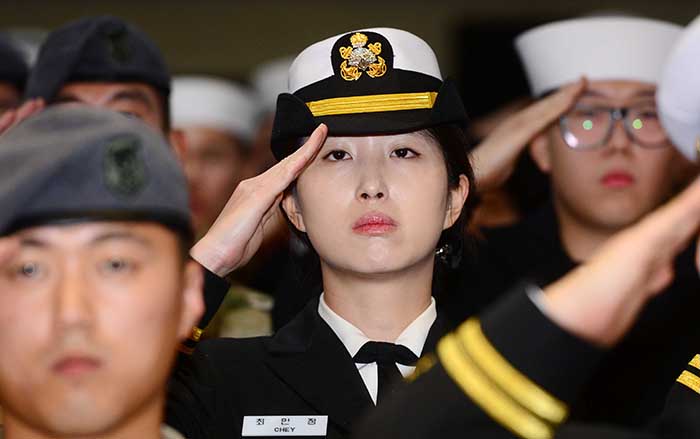 According to Korea’s third-largest conglomerate, the younger Chey, 27, landed a job in July 2018 at the global merger and acquisition team of Hony Capital, an investment firm based in China.

The company is the investment arm of Legend Holdings, the largest shareholder of the country’s top computer manufacturer, Lenovo.

This is quite marked departure from other chaebol heirs and heiresses, who usually start their career as high ranking officers in their respective family businesses and quickly work their way up to the executive level.

Chey was previously noted as the first female chaebol offspring to serve as an officer in the Korean military. Korean women, unlike men, do not face mandatory military service, and are therefore only employed in the military on a voluntary basis.

As a naval officer, she was dispatched to Somalian territory in 2015 and then reassigned to the Second Fleet, which guards the water facing North Korea, in 2016. She left the navy in the following year as lieutenant.

Her decisions in life are welcomed as an example of ‘noblesse oblige’ by the public. The general public has long been fed up with corruption at the highest levels of power, in which many heirs of politicians and business magnates have attempted to evade military service, often successfully.

Suspicion over draft evasion makes repeated headlines whenever there is a confirmation hearing for minister-nominees.

Chey lived in China as teenager and graduated from Peking University with a degree in Business Administration. She is known to have funded her own study through scholarships and part-time jobs.