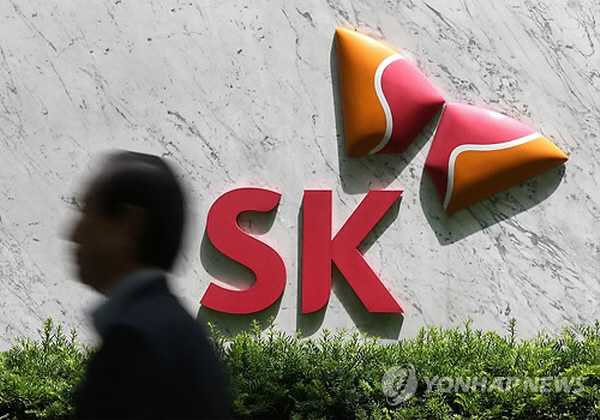 The deal apparently came as SK Group moved to reorganize its business structure in which SK C&C stands at the top of group management through its stake in SK Holdings. (image: Yonhap)

SEOUL, Apr. 20 (Yonhap) — SK C&C Co., an IT service unit of South Korea’s No. 3 conglomerate SK Group, said Monday it will merge with SK Holdings Co. through a stock swap deal, a move seen as part of groupwide efforts to solidify its chairman’s grip on the group.

The deal is the latest in a series of moves by the country’s conglomerates to revamp their ownership structure, and is expected to help the group’s chairman Chey Tae-won cement his reign over the chaebol with a business portfolio ranging from telecom to energy.

The stock swap ratio has been set at one SK C&C share for 0.74 share of SK Holdings, the group said.

Although SK C&C leads the deal, the merged entity will tentatively keep the name SK Holdings to maintain the identity among SK affiliates.

The deal is subject to shareholders’ approval on June 26, and expected to be completed on August 1. The combined assets of the new entity are estimated at 13.2 trillion won (US$12.1 billion), according to the group.

The deal apparently came as SK Group moved to reorganize its business structure in which SK C&C stands at the top of group management through its stake in SK Holdings.

Also, the country’s conglomerates have been forced to revamp their cobweb-like ownership structures, thus improving governance and transparency.

Chey currently holds a 32.9 percent stake in SK C&C, which in turn owns 31.8 percent of SK Holdings, allowing him to virtually control the group. Chey’s stake in SK Holdings currently stands at only 0.02 percent.

The need for group-wide reorganization also emerged as Chey has been serving a four-year jail term since January 2013, and the group’s mainstay units — SK Telecom Co. and SK Innovation Co. — posted lackluster earnings for 2014.

After the merger is successfully completed, Chey and related parties will hold a combined 30.6 percent in the new entity.

Following the announcement, the trading of SK C&C and SK Holdings shares was suspended for the first 30 minutes on the main bourse on Monday.

While the two firms immediately traded bullish after trading resumed, they lost ground later in Monday’s session, with SK C&C moving down 2.53 percent to 231,500 won and SK Holdings decreasing 1.14 percent to 174,000 won. The benchmark KOSPI edged up 0.15 percent.

The SK move comes as South Korea’s top conglomerate Samsung Group has been reorganizing its operations since 2013, including selling four of its affiliates to Hanwha Group, apparently to pave the road for the group’s management succession from Lee Kun-hee to his children.

Earlier this month, Hyundai Motor Group, the No. 2 conglomerate by assets, also decided to merge two of its steel affiliates, Hyundai Steel Co. and Hyundai Hysco Co., a move which industry watchers say is aimed at lending support to the group’s heir apparent Chung Eui-sun.