Two Internet-only banks — K-Bank and Kakao Bank — were launched in 2017, challenging traditional banks in South Korea and forcing them to cut commission fees and revamp their online and mobile banking services. (image: Yonhap)

As new Internet-only banks get ready to set sail next year, competition in the industry is expected to get tougher, requiring existing players to devise smarter strategies to bolster their bottom lines while seeking innovation for future growth, experts said Friday.

In April 2017, K-Bank was established as the first web-only bank in the country amid government efforts to fuel competition and deregulation in the financial sector. It is run by mobile services operator KT Corp.

Taken together, one out of five South Koreans now uses the Internet-only banks, around 17 percent more than a year earlier.

“Their key appeal is convenience and little to no commission fees,” said Lee Chang-young, an expert at Yuanta Securities.

“Their trendy marketing strategies also appear to be attracting many of the country’s mobile-savvy customers, particularly young folks,” he added.

Their emergence has changed the way people do their banking business, according to data from the Bank of Korea (BOK).

Including transactions through mobile devices, Internet banking was the most popular, accounting for 53.2 percent of all banking transactions in 2018, 7.7 percentage points higher than the previous year.

Automated teller machines came next with 30.2 percent, followed by talking directly to clerks at bank branches with 8.8 percent and telebanking with 7.9 percent, according to the BOK.

In order to make profit and secure momentum for further growth, the Internet-only banks have pledged further efforts to strengthen their business operations.

After all, the two companies have logged net losses — 21.2 billion won for Kakao Bank and 79.7 billion won by K-Bank last year — though the amount has been decreasing, according to data from the Korea Federation of Banks.

Overhauling its application based on in-depth analysis of user patterns and surveys over the past two years, K-Bank vowed to further spur financial innovation and diversify its portfolio.

“This year, we will release apartment-backed mortgage loans, which do not require any face-to-face procedures, and expand mobile service channels by maximizing the open application programming interface,” bank chief Shim Sung-hoon said. 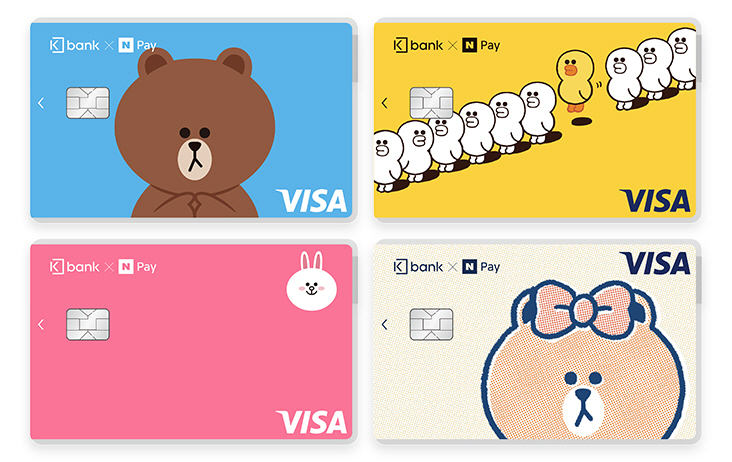 Kakao Bank said it has seen a marked growth in its credit business sector and plans to beef up the sector to turn itself into a lucrative entity.

“If the Internet-only banks make inroads into the home-backed mortgage loan market, that could lead to the restructuring of the whole banking industry,” said analyst Seo Young-soo of Kiwoom Securities.

Noting that their losses in commission fees may indicate overheated competition in the market, he called for “differentiated revenue-creating strategies, such as the increase in mid-interest rate loans and partnerships with other business sectors.”

Facing competition from such new entities, traditional lenders have also been scurrying to revamp their online and mobile services.

KB Kookmin Bank, for example, simplified the procedures for customers to take out loans and released a program through which customers can conduct their banking transactions via a messenger tool.

Shinhan Bank launched a new digitalized platform that makes maximal use of artificial intelligence and offered a variety of customized lifestyle services through its banking application.

Major developments in relevant state policy measures are also expected to offer opportunities to companies in the nascent sector, as well as posing challenges.

With an aim to add further innovation momentum, the government plans to give a green light to new Internet-only banks.

Three consortia presented their applications last month, and the financial authorities will decide in May whether to give preliminary approval to the web banks, paving the way for the establishment of new ones early next year.

Also coming into focus is the recently-endorsed rule that allows non-financial firms to boost their stake in Internet-only banks beyond the previous 4 percent ownership ceiling up to 34 percent.

This change is widely expected to encourage tech firms to make inroads into the financial sector, but those applying to become the largest shareholders of the existing web-only banks need to go through an eligibility evaluation.

“Those who served as major shareholders at insolvent financial entities in the past five years or have a track record of receiving criminal penalties are unqualified according to law,” said an official at the Financial Services Commission (FSC).

This rule dims the prospects for both K-Bank and Kakao Bank, as KT chief Chairman Hwang Chang-gyu has been subject to a probe by prosecutors over allegations that he offered sizeable payments to powerful people for lobbying.

Kakao is also seeking to be the largest shareholder of Kakao Bank, but Kim Beom-su, chairman of Kakao’s board of directors, is now facing trial for his suspected violation of the fair trade act.

“Digitalization is an irreversible tide in the banking industry, and the next couple of years will tell whether Internet-only banks could lead such a trend as major players in the field,” said Sung Tae-yoon, professor of Seoul’s Yonsei University.