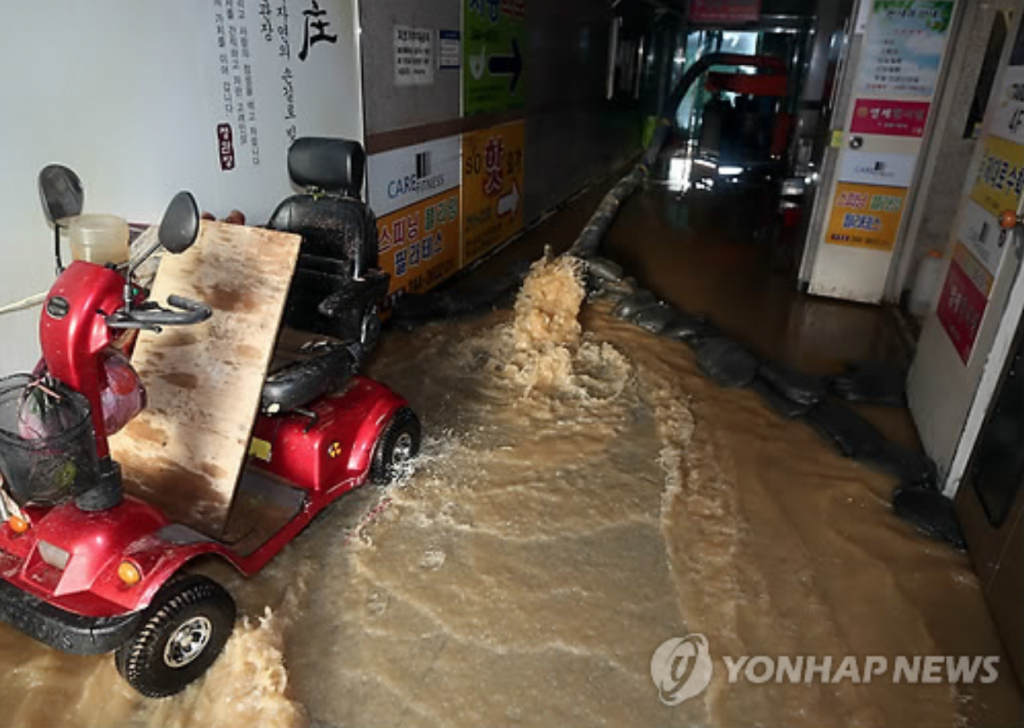 A pump drains out the water from an underground parking lot in Ulsan, 414 kilometers southeast of Seoul, on Oct. 6, 2016, as the city deals with the aftermath of Typhoon Chaba. One person was found dead at the parking lot that was deluged from the pounding rain as the typhoon swept through Korea’s southern region. (image: Yonhap)

Five fatalities have been reported as of 6 a.m., according to the Ministry of Public Safety and Security, with another five people missing in the southern cities of Busan, Ulsan, as well as on the country’s resort island of Jeju.

The missing toll includes a firefighter who was on a rescue operation in Ulsan, some 410 kilometers southeast of Seoul.

Nearly 229,000 households in the typhoon-hit region experienced a blackout although almost all were restored by Thursday morning, it said.

The typhoon also damaged crops at some 7,500 hectares of farmland and inundated 508 houses along with another thousand vehicles, according to the ministry.

It said 198 people from 90 households have been evacuated from their homes due to the flooding.

All domestic sea routes are now operating normally, but those to Tsushima and Fukuoka in Japan are still restricted, the ministry added.

Prime Minister Hwang Kyo-ahn is planning to visit the southeastern city of Ulsan later on the day to check the damaged sites.

The government said it will start gathering reports on damage on public and private facilities and set up a detailed restoration plan by the end of this month.