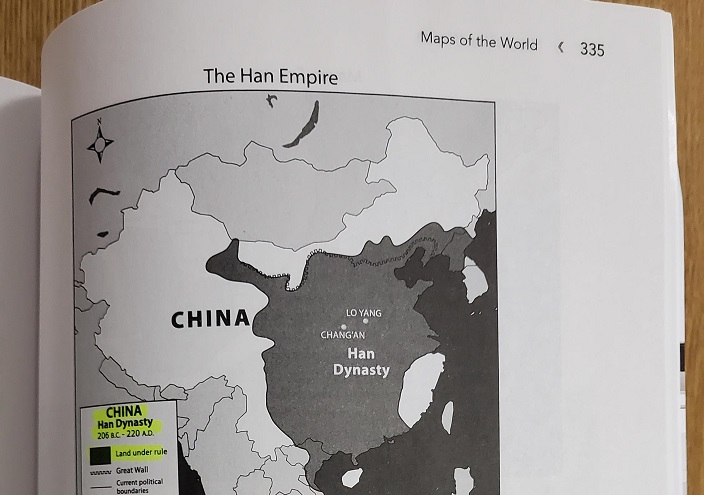 SEOUL, April 1 (Korea Bizwire) — The Voluntary Agency Network of Korea (VANK), a civic group promoting the country and its history online for an international audience, said Wednesday that an Advanced Placement (AP) textbook published in the U.S. this year severely distorts Korean history.

This map strips Goguryeo of its 250 years of history as an independent kingdom.

The book also argues that in 668 CE, “the Chinese withdrew from Korea in exchange for an arrangement that made the Silla Kingdom (57 B.C.-A.D. 935) vassals of the Tang Dynasty (618-907) and required them to pay tribute. After the Tang withdrew, the Silla unified Korea.”

VANK claimed that this book distorts the ancient Korean history without any explanations on the age of the Three Kingdoms on the Korean peninsula.

“AP World History: Modern Premium” for 2020 and 2021 tests published by Barron’s also distorts Korean history by claiming that the Goryeo Kingdom (918-1392) was part of Mongolia on maps on page 95 and 432, without attaching proper nomenclature.

The book also provides false information that the Goryeo Kingdom, which lasted for almost 500 years, was a part of Mongolian history.

Also, on page 152, the territory of China’s Qing Dynasty (1644-1912) is falsely described to have extended to the entire Korean peninsula.

With this information, students may never know that the Joseon Dynasty (1392-1910) even existed.

In response, VANK posted a petition to correct these distortions on change.org online petition site.