Mattis headed straight to the U.S. Forces Korea headquarters in Yongsan, Seoul, where he was briefed by USFK Commander Vincent Brooks on the security situation on the Korean Peninsula and in the region, according to the Ministry of National Defense.

He attended a dinner event arranged by Defense Minister Han Min-koo at a Seoul hotel after meeting with Prime Minister Hwang Kyo-ahn, who is the acting president, and National Security Office chief Kim Kwan-jin.

A separate meeting will be held on Friday with Han and Foreign Minister Yun Byung-se to discuss the North’s nuclear and missile threats, as well as ways to enhance the countries’ alliance.

During his talks with Kim, the two parties reaffirmed their commitment to deploying a THAAD missile battery on the peninsula, a decision that was made by the South Korean government last year.

The decision has been faced with strong opposition from the Chinese government, which has taken retaliatory actions including banning South Korean media content in China, and limiting tourist travel to Korea. 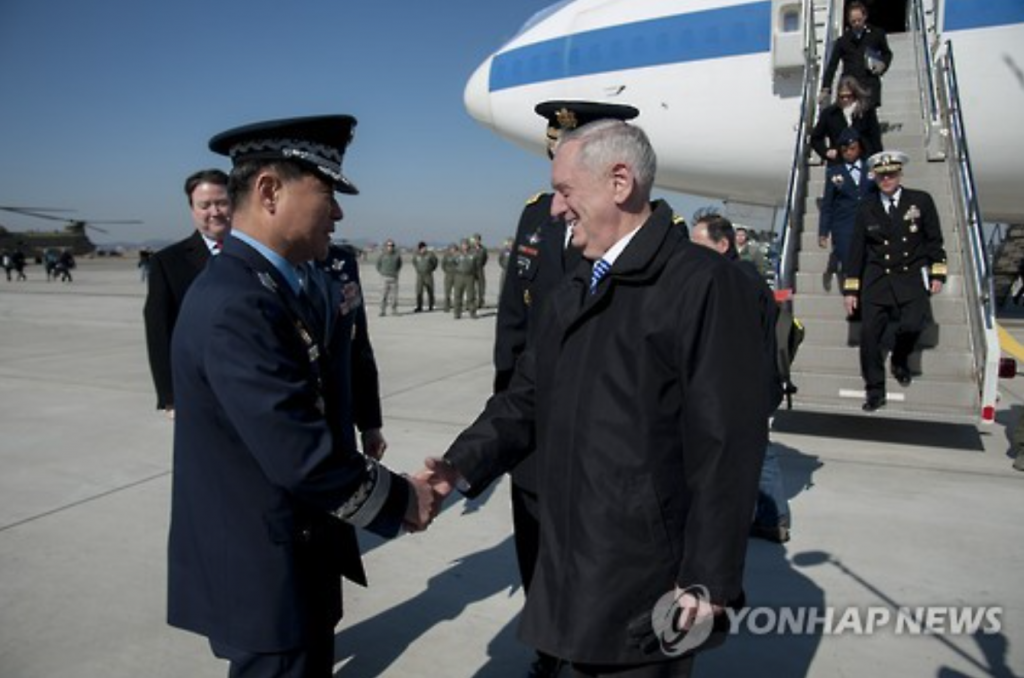 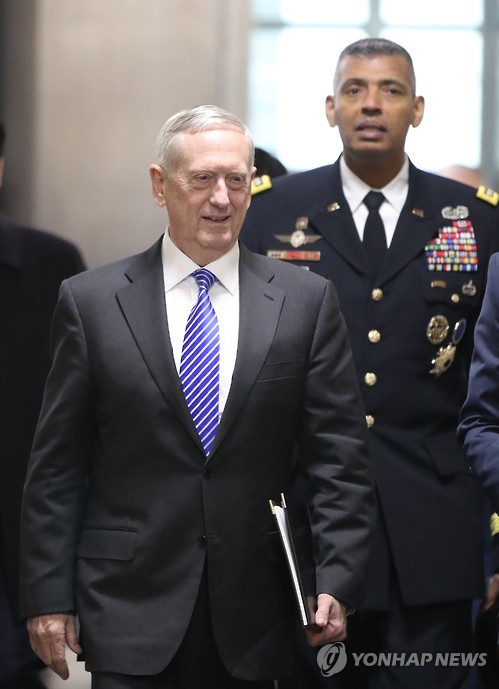