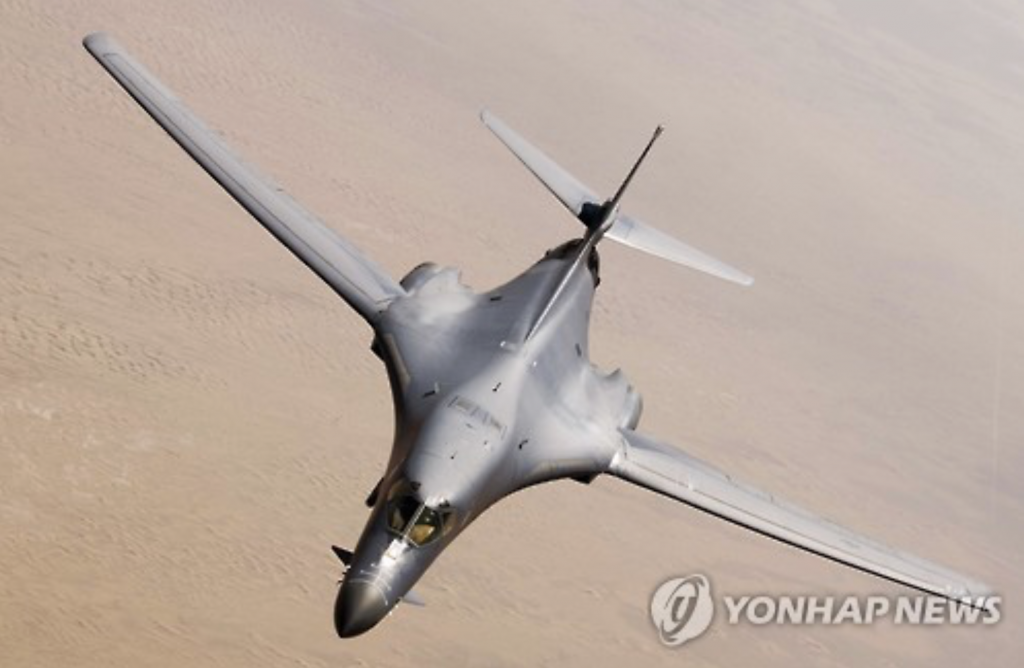 SEOUL, Sept. 13 (Korea Bizwire) – Two supersonic B-1B bombers arrived at Osan Air Base Tuesday morning, a show of the solid alliance between South Korea and the U.S., and the strong will to retaliate for any provocative actions by the North Korean regime.

The bombers left Andersen Air Force Base in Guam and arrived at the South Korean base at 10:00 a.m. They flew past the U.S. air base in Pyeongtaek, 70 kilometers south of Seoul, accompanied by four South Korean F-15K and four U.S. F-16 fighter jets.

The B-1B Lancer is a four-engine supersonic variable sweep wing, strategic bomber with a max speed of Mach 2.0, and is capable of flying very close to the ground to avoid detection as it closes in on its target.

“Today’s demonstration provides just one example of the full range of military capabilities in the deep arsenal of this strong alliance to provide and strengthen extended deterrence,” USFK Commander Gen. Vincent K. Brooks told reporters at Osan Air Base.

“North Korea’s nuclear test is a dangerous escalation and poses an unacceptable threat. The United States has an unshakable commitment to defend allies in the region and will take necessary steps to do so, including operations like this one today, and the deployment of the Terminal High Altitude Air Defense (THAAD) battery to the Korean Peninsula.” 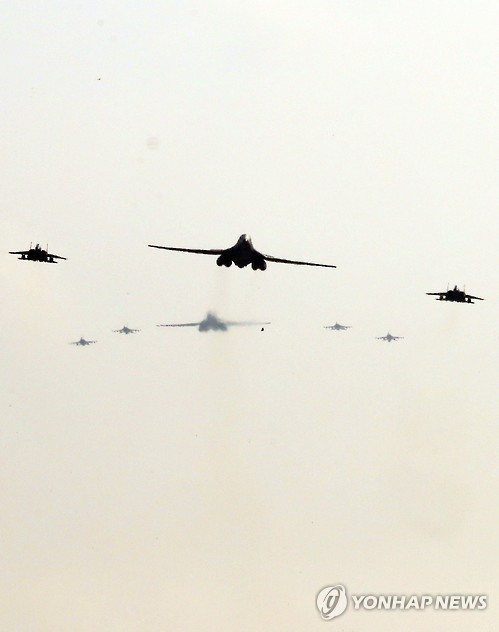 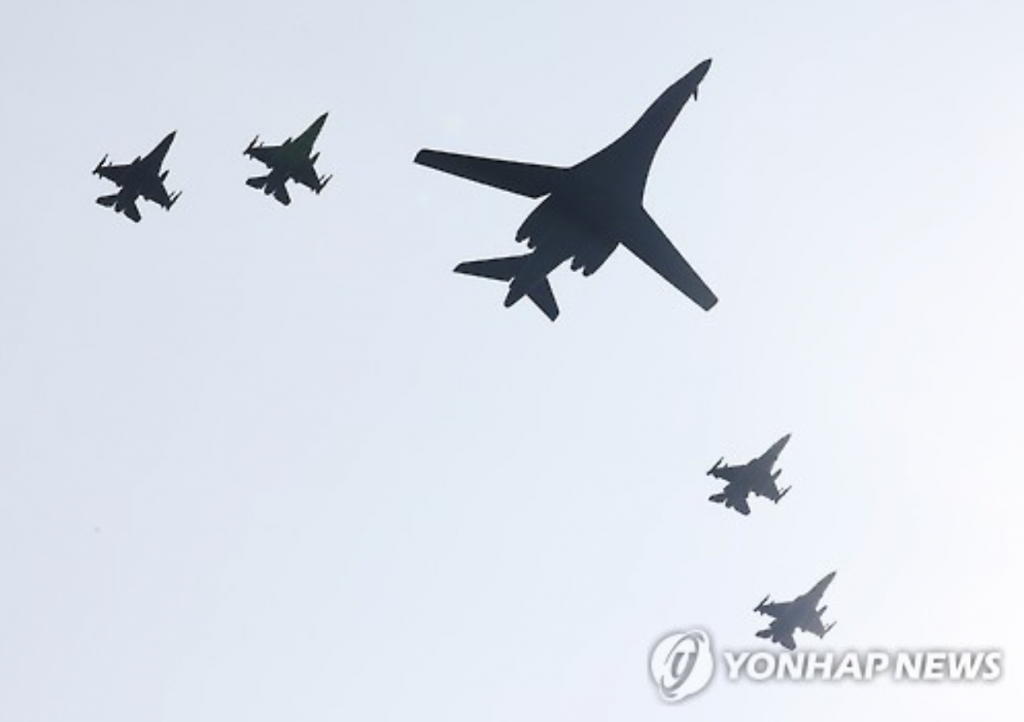 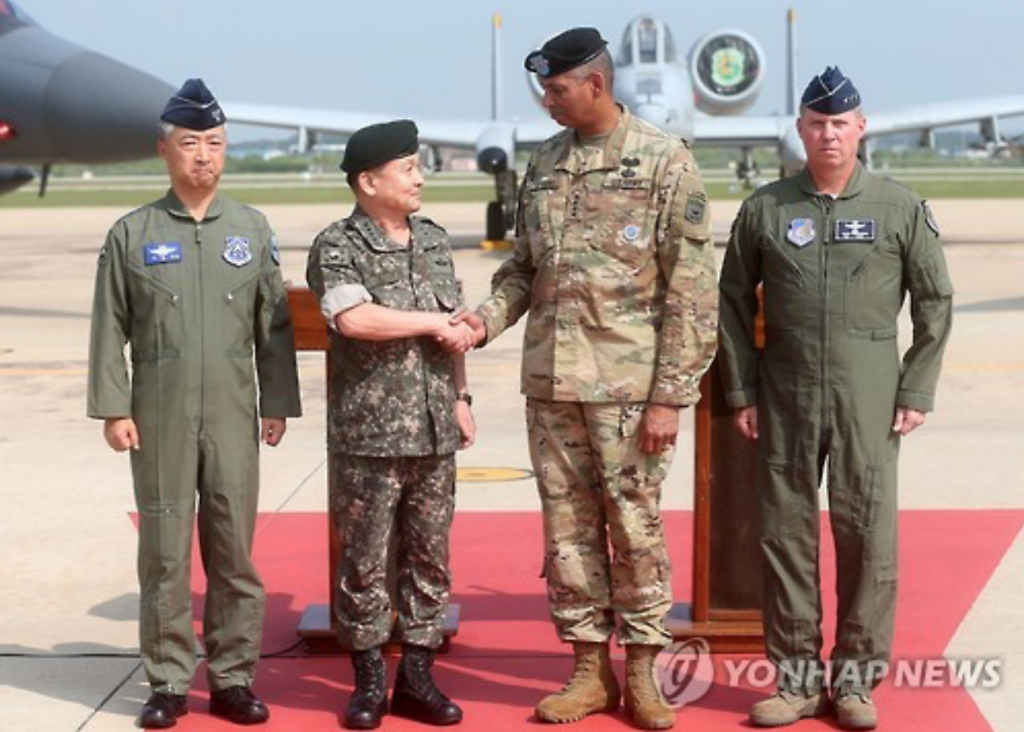