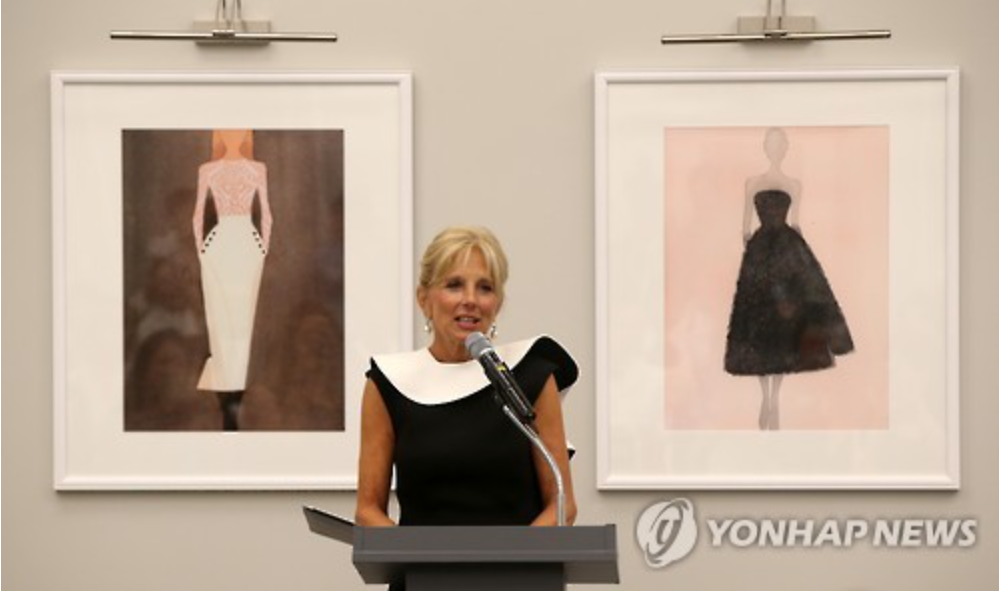 U.S. second lady Jill Biden is making a speech at a reception event under the auspices of the Ministry of Gender Equality and Family (image courtesy of Yonhap)

“The sisters are educating, empowering women; we talked about that, which is the purpose of our trip here,” Biden said after meeting with the monks.

The meeting came about two hours after the wife of U.S. Vice President Joe Biden arrived at Osan Air Base, about 50 kilometers southwest of Seoul. She was greeted by the U.S. ambassador and U.S. and South Korean military officials. 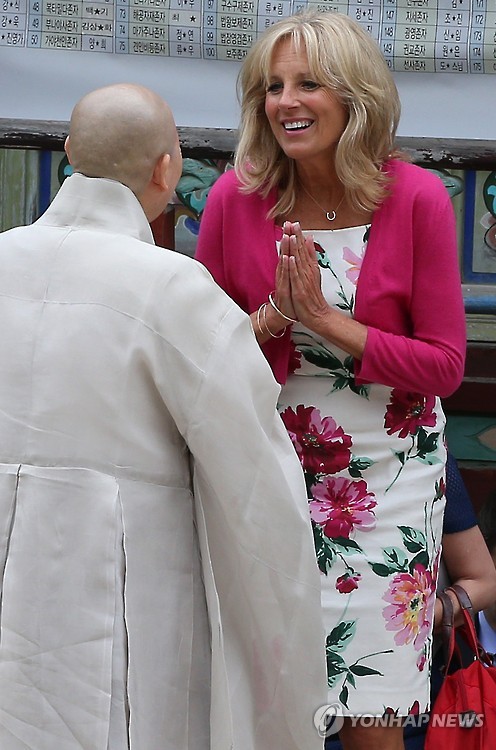 Later, she is set to meet with Gender Equality Minister Kim Hee-jung and attend a reception hosted by Kim, where Jill Biden will deliver remarks highlighting the power of education, the value of leadership roles and business opportunities for women in the workplace, and the importance of ensuring that women’s voices are heard in the political process, the U.S. Embassy said.’

She said ahead of her trip that South Korea has made big strides in promoting women’s rights over the past few decades, but there still remain many difficulties and challenges for women, especially younger workers.

It is Biden’s first visit to South Korea. The vice president’s wife is being accompanied by Russell.

Her Asian swing will also take her to Japan, Vietnam and Laos for meetings with officials on issues related to economic empowerment and educational opportunities for women and girls. 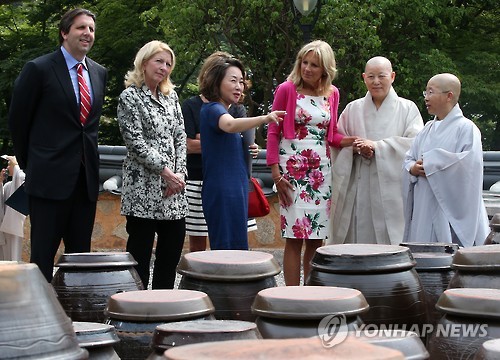 U.S. second lady Jill Biden (2nd from L), along with her sister-in-law Valerie Biden, U.S. Ambassador to South Korea Mark Lippert (R) and Ambassador Catherine Russell, visits Jinhwansa, one of the oldest temples in Seoul, on July 18, 2015. She is on a two-day trip to South Korea to discuss women’s education and empowerment. (image courtesy of Yonhap)