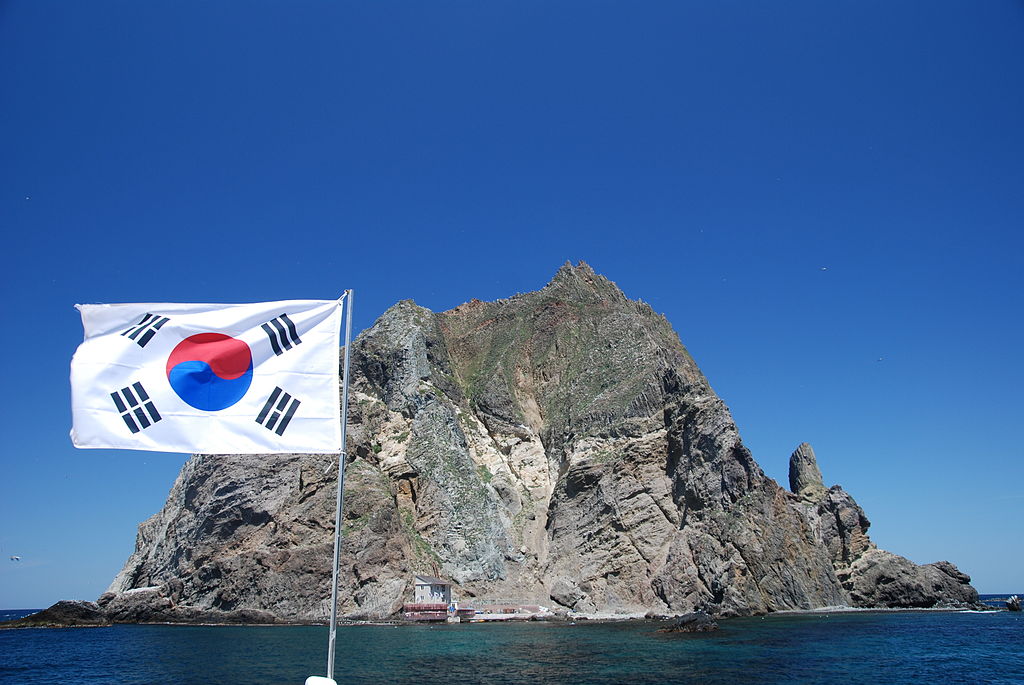 Dokdo, a set of rocky islets lying closer to the Korean Peninsula in the East Sea, has long been a recurring source of tension between the neighbors. South Korea has kept a small police detachment on Dokdo since its liberation from Japan in 1945 and has made clear that Tokyo’s claims are utterly groundless. (image: Korea.net)

The Japanese government earlier decided to approve the revised guidelines that call for teaching students in elementary and middle schools that Dokdo belongs to Japan.

“The government strongly denounces the Japanese government for finally approving the education guidelines for its elementary and middle school social studies that include its unjustified claims to our inherent territory of Dokdo despite our repeated warnings,” the foreign ministry said in a statement. “And we demand its immediate withdrawal”

“We warn Japan to bear in mind that if it pushes again to inject inaccurate historical perceptions following the wrongful claims to Dokdo, which was the first victim of Japan’s imperialism, in its newly authorized textbooks, its next generations will learn false history,” it added.

The ministry called in Hideo Suzuki, a minister at the Japanese Embassy in Seoul who is currently serving as acting ambassador, to lodge an official protest. He didn’t respond to reporters requesting comments on his way to meet Deputy Foreign Minister Lee Jeong-Kyu.

Dokdo, a set of rocky islets lying closer to the Korean Peninsula in the East Sea, has long been a recurring source of tension between the neighbors. South Korea has kept a small police detachment on Dokdo since its liberation from Japan in 1945 and has made clear that Tokyo’s claims are utterly groundless.

Last week, the Japanese education ministry announced the list of its newly authorized textbooks to be used from April next year for high school sophomores.

Of the 24 newly approved social studies textbooks, 19, or nearly 80 percent, claim that Dokdo is Japanese territory. Some state that South Korea is illegally occupying Dokdo, called Takeshima, in Japan.

Japan’s repeated claims to the South Korean territory are expected to worsen the frayed diplomatic relations between the two neighbors as they have been at odds for months over a recently erected statue of a girl that symbolizes Tokyo’s wartime sexual slavery of Korean women.

Japan has been demanding the removal of the statue installed in front of its consulate in the southern port city of Busan, saying that it is in violation of the spirit of the deal reached in late 2015 between the two neighbors to resolve the rift over the issue “once and for all.” It brought in its ambassador in protest in January, and he has not come back to Seoul yet.