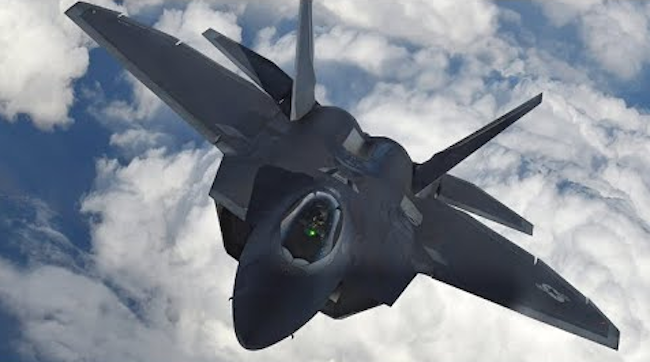 The U.S. said Friday it will dispatch a B-1B Lancer strategic bomber, F-22 Raptor stealth fighter jets and several other types of key defense assets to a Seoul airshow to be held next week. (Image: Yonhap)

SEOUL, Oct. 13 (Korea Bizwire) — The U.S. said Friday it will dispatch a B-1B Lancer strategic bomber, F-22 Raptor stealth fighter jets and several other types of key defense assets to a Seoul airshow to be held next week.

“Approximately 200 U.S. personnel are expected to participate in the Seoul International Aerospace and Defense Exhibition (ADEX) 2017, scheduled from Oct. 17-22 at the Seoul K-16 airport,” the 7th Air Force said in a statement.

The first jet will be rolled out next year, with the first delivery to South Korea’s Air Force due in 2019, according to officials here.

Lt. Gen. Thomas Bergeson, the 7th Air Force commander and U.S. Forces Korea deputy commander, was quoted as saying that, “the Seoul ADEX 2017 represents a unique opportunity for citizens of the Republic of Korea (South Korea) to get an up-close look at some of the air assets the U.S. military brings to the ironclad ROK-U.S. alliance.”

More than 400 defense firms from 33 countries plan to participate in the upcoming ADEX.