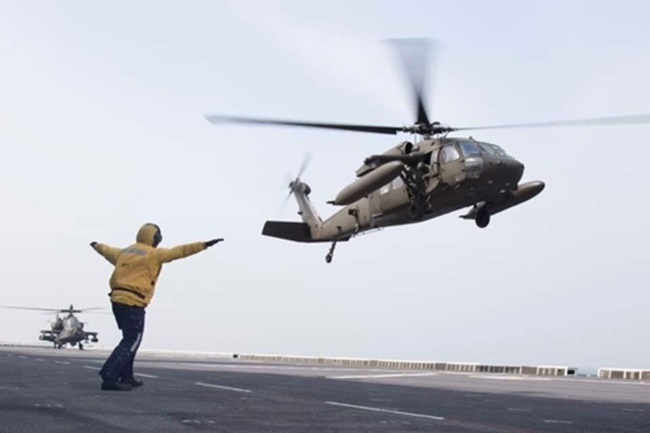 The training was staged in the waters south of the peninsula on Tuesday, involving the 14,500-ton vessel and aviators from 2nd Combat Aviation Brigade, 2nd Infantry Division of the U.S.Forces Korea (USFK), according to the unit’s Facebook account. Several related photos were posted.

The USFK’s choppers, such as AH-64 Apache and UH-60 Black Hawk, also joined the operation.

The maneuver came two days after the end of the PyeongChang Winter Olympics in South Korea, in which North Korean athletes participated.

South Korean defense officials said it was part of routine operations for the USFK’s helicopter pilots to get a “license” necessary for landing on South Korea’s landing ship in case of an emergency.