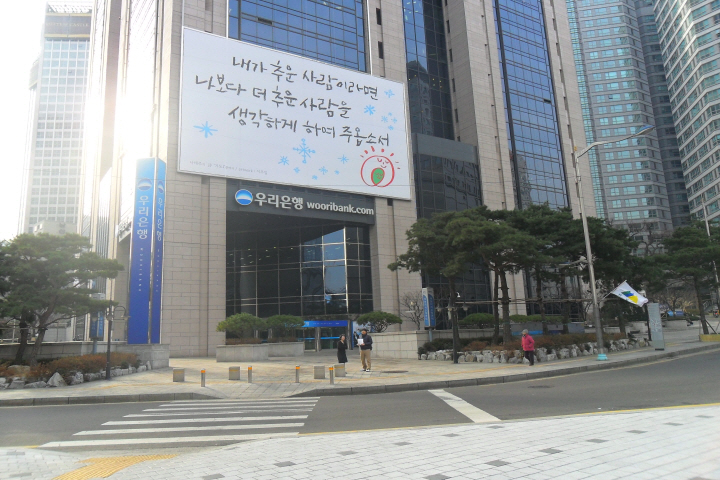 The stock price of Woori Bank has hovered around 9,000 won ($7.66) on the Seoul bourse, far lower than the government’s guideline of 15,000 won. (image: Min. of Public Administration & Security)

SEOUL, Aug. 28 (Korea Bizwire) — The Abu Dhabi Investment Council (ADIC) has expressed its interest in buying a stake in state-run Woori Bank, which has been put up for sale, a government official said Friday.

The Seoul government has been trying to sell its 51.04 percent stake in the bank since 2010 in a bid to retrieve public funds worth 13 trillion won (US$11.3 billion) that were spent to bail it out following the Asian financial crisis in the late 1990s.

Earlier this month, the Financial Services Commission (FSC), the country’s financial regulator, came up with a fresh plan to sell the government-held stake in Woori Bank, following four previous attempts that failed due to a lack of bidders.

“The ADIC has sent a letter of intent to show its interest to participate in the bidding,” said an official of the FSC.

The FSC will send a group of officials to Abu Dhabi later this month to discuss the issue with the ADIC side, he said.

The ADIC is one of several sovereign wealth funds managed by the United Arab Emirates with assets of at least US$90 billion.

Market watchers said the ADIC’s expression of interest is unlikely to lead to a final deal in the near future because the current stock price cannot guarantee the full recovery of the bailout money.