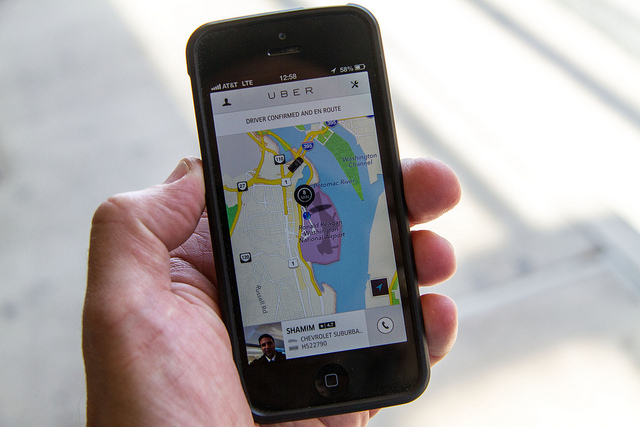 Uber Korea announced on December 1 that it began the commercial service of Uber X, after a free pilot project that started on October 23. (image: Mike/flickr)

SEOUL, Dec. 2 (Korea Bizwire) – In spite of the sharp warning from the Seoul Metropolitan Government, Uber Korea began its Uber X commercial service from December 1. As the Seoul city government made clear that it would severely crack down on the illegal service, further conflict between the two is inevitable.

Uber Korea announced on December 1 that it began the commercial service of Uber X, after a free pilot project that started on October 23. Uber X users will now need to pay 2,500 won as a basic rate, plus 610 won per kilometer and 100 won per minute for the service.

Providing Uber Black, a premium limousine service, and Uber Taxi, a call taxi service, Uber is actively operating in Korea, as well as around the world, and is at the center of controversy. This year, taxi drivers in major cities in the U.S. and Europe held protest rallies, and in Korea four taxi drivers’ associations demonstrated at Seoul Plaza last month, asking the government to stop the service.

Despite the opposition, Uber tried to dodge the controversy by pushing ahead with the Uber X commercial service. Seoul city government plans to crack down on the service, by arresting drivers at the scene and rewarding citizens who report illegal activity.

Meanwhile, Uber Korea maintains that its service is a product of the “sharing economy” and there is no problem, as users support the sharing of cars.

An official at Uber said, “More than half of Koreans say that they want to join in the “sharing economy”, and one in five supports the sharing of cars. According to our own survey, 90 percent of Uber users support us by saying Uber is safer than any other transportation available in Seoul.”

“Uber is a method to accelerate the sharing economy in Seoul, and we will continue to provide the Uber platform to Uber X drivers,” added the official.