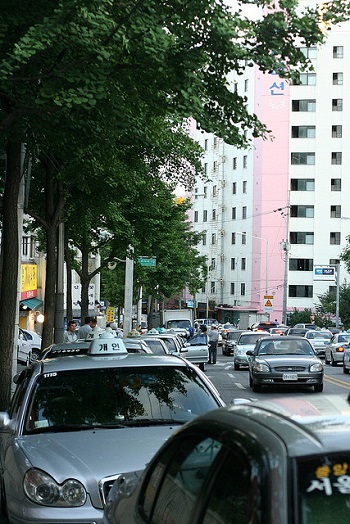 The Seoul Taxi Association charged the Uber chauffeur on the 5th with illegally operating a rental car. (image: Pachinee Buathong/flickr)

SEOUL, Nov. 13 (Korea Bizwire) – The Seoul Taxi Association accused an Uber taxi driver to prevent Uber taxis from running on the Seoul streets. The association announced on November 12 that it charged the Uber chauffeur on the 5th with illegally operating a rental car. The driver ran a rental Mercedes to deliver passengers from Jamsil Sports Complex to the Seoul City Hall.

The group asserted that he violated the article 34 of the Passenger Transport Service Act, which reads, “Anyone who rents an automobile from a rental car business operator shall not use such automobile for transportation with compensation, or sublet the automobile to another person.” It means that he could be fined 10 million won, about US$ 9,122, or less.

The organization also announced that it would accuse other Uber chauffeurs by aggressively collecting evidence showing that they unlawfully carry passengers for a fee.

Uber started to run its taxi service from October 23 in Seoul. Its other services such as UberBlack, offering a limousine service, and UberX, encouraging car-sharing, were released this year but they have suffered setbacks as they have been caught up in controversies like the Uber taxi service.

“We will do our best to stop unlawful activities which threaten legally operating drivers’ right to live,” said Oh Kwang-won, representative of the association.