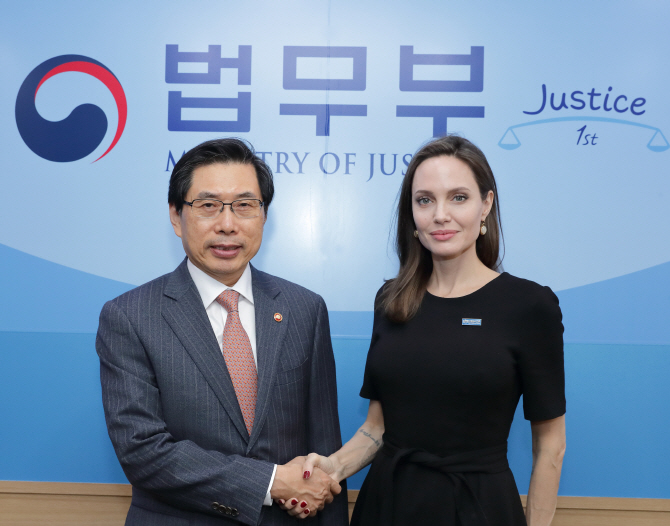 Jolie is visiting South Korea. Her visit to Seoul follows that of UNHCR Filippo Grandi on Oct. 23-24. Around 500 Yemenis fled the conflict in their home country to South Korea’s resort island of Jeju in May.

In a meeting with South Korean Justice Minister Park Sang-ki, who handles domestic refugee policies, the Hollywood actress mentioned the importance of thorough procedures and vetting as well as efforts to provide protection until the time the Yemenis are able to safely return to their country of origin, UNHCR said in a statement.

She delivered UNHCR’s wish to work more closely with the South Korean government on strengthening its asylum system.

“The only way to enable refugees to return home, and to bring down the overall numbers worldwide, is to end conflicts themselves. I hope there can be greater understanding of the human realities causing people to flee, the strict legal criteria and process by which refugee status is determined by UNHCR, working with national authorities, and our shared responsibility to assist refugees until they can return home,” she said.

Jolie was a UNHCR Goodwill Ambassador from 2001-2012 before she was appointed Special Envoy for the organization.