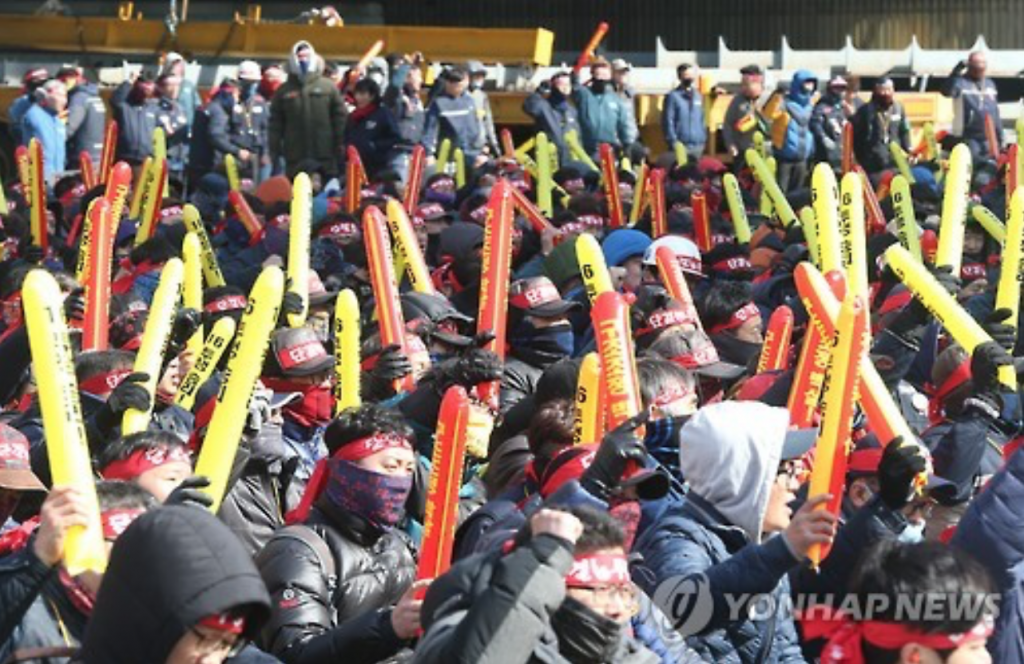 What union and company officials called the first full-fledged walkout in 23 years came after labor union leaders told all 15,000 union members to stage an eight-hour walkout starting from 8 a.m.

Unionized workers at Hyundai Heavy had stage partial walkouts in 2016 and also 2015. But Thursday’s walkout marked the first all-out strike since 1994.

Still, only about 10 percent or some 1,500 unionized workers actually took part in the one-day strike, according to the labor union.

Company officials said the walkout did not cause any serious damage in missed output, noting workers from smaller contractors account for nearly 70 percent of the firm’s entire workforce.

The walkout came after a series of apparently not so successful wage negotiations between the company and unionized Hyundai Heavy employees that began last year. However, many believe the strike may have been more aimed at expressing the union’s opposition to the proposed split between the company’s shipbuilding and non-shipbuilding units.

The labor union has argued that the split will not only undermine the job security of those who will be relocated, but also that of some 13,000 unionized workers to be left behind.

They said they planned to stage an all-out strike again Friday, and then on Monday when the company is scheduled to hold a shareholders’ meeting, which is widely expected to vote on the proposed split of the shipbuilder.