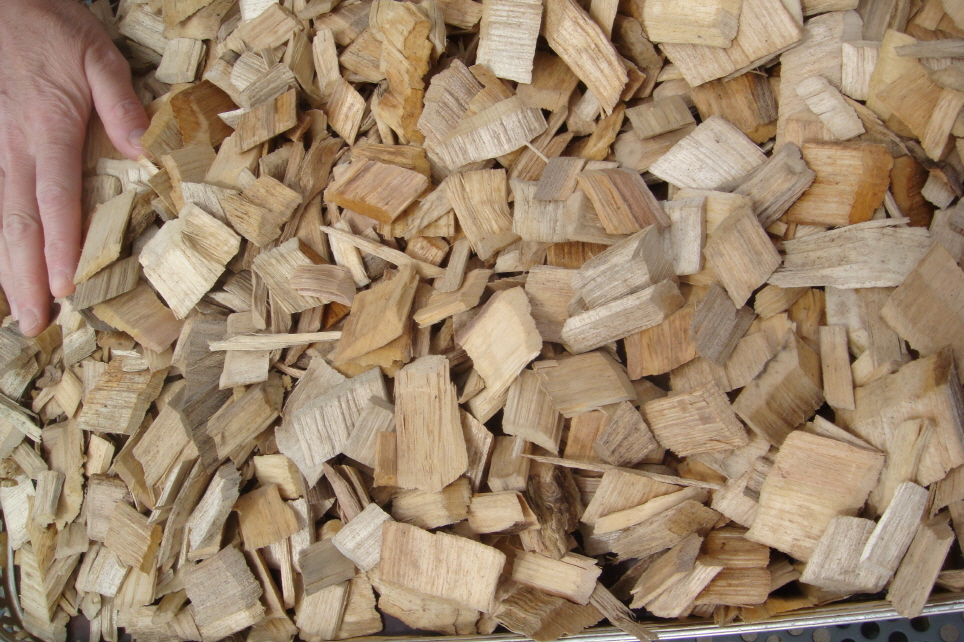 Wood waste is shown in this photo provided by the Korea Wood Recycling Association.

ULSAN, Oct. 6 (Korea Bizwire) — The Ulsan Institute of Science and Technology (UNIST) said Wednesday it had developed a solar hydrogen production technology using the electrons generated during the process of creating useful chemical compounds made of tree residues.

A research team from the university used a molybdenum-based material, phosphomolybdic acid (PMA), as a catalyst to separate lignin from lignocellulosic biomass.

By having lignocellulosic biomass react to PMA at a low temperature of 60 degrees Celsius, the research team succeeded in separating lignin and creating a useful material named vanillin.

Using the electrons created during this process, the research team supplemented the weakness of water electrolysis technology, including the risk of explosion.

Researchers also made use of a perovskite photoelectrode, a material that absorbs light of the visible ray band, to increase hydrogen output.

As a result, this system succeeded in producing hydrogen efficiently and stably for 20 hours under solar light, and maintained more than 97 percent of the initial current.