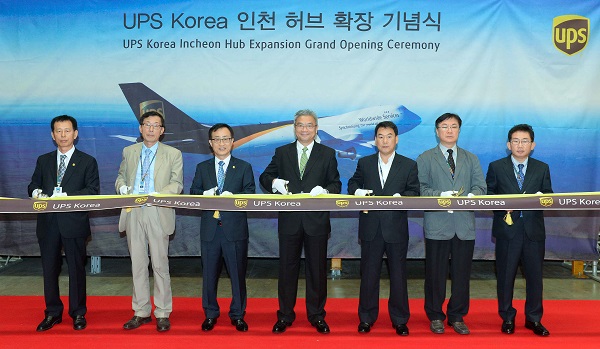 SEOUL, Sep. 25 (Korea Bizwire) — United Parcel Service, one of the largest shipment and logistics companies in the world, announced on September 23 that it newly expanded its hub center located in Incheon International Airport, occupying over 9,000 square meters, a 60 percent increase in size. UPS Korea expects that the expanded center will allow the service provider to increase its import/export and transshipment capabilities by up to 50 percent.

With its new hub center, the U.S.-based company plans to boost the support to Korean corporations which are looking to expand their businesses to overseas countries. By using the Auto Sorting System and a cargo X-ray system, in addition, the logistics company has put its best effort to reduce potential shipment delays as well as to deal with bulky or palletized shipments.

“Korea’s global trade volume ranked No. 8 in the first half of 2014, according to the Korea International Trade Association, which could be said that Korea has been at the center of global trade, connecting Asia to overseas markets,” Na Jin-gi, CEO of UPS Korea, said. “The overhauled hub center will make UPS Korea operate shipments and logistics more effectively. Through the improvement, customers of UPS around the world will also have a competitive edge in the global market,” he added.

UPS Korea manages 80 flights per week to connect Asian countries and Europe and the U.S. The service provider can arrange shipments to more than 220 nations around the world.