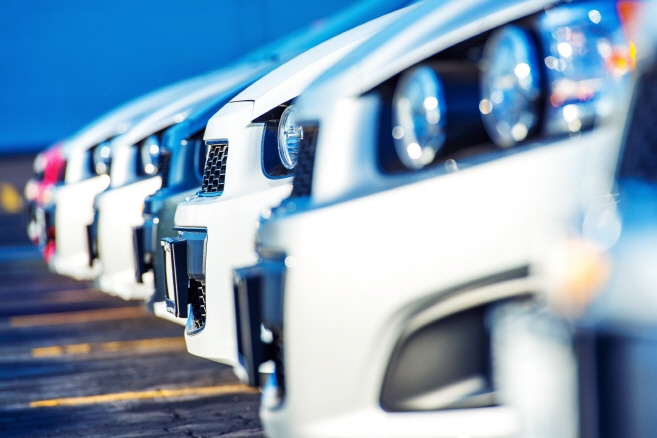 The greatest weakness of used cars compared to new vehicles fresh off the production line is that car buyers are unable to know the exact condition of the former. (image: Korea Bizwire)

Experts say the adoption of car diagnostic services and auction systems that have allowed consumers to have more faith in secondhand vehicles have contributed to the recent growth of the industry.

Moreover, the market for import vehicles has seen exponential expansion, another factor in the growth of the used car market.

According to the Ministry of Land, Infrastructure and Transport and sources within the car industry, there were 2,578,125 transfer registrations for vehicle ownership from January to August this year, a 1 percent increase from the same period last year (2,256,536 vehicles).

Vehicles that were surveyed included passenger cars, cargo vehicles and other special vehicles.

While the year-to-year difference is not salient, the change in growth becomes more conspicuous when the growth rate during the last 10 years is taken into consideration.

Car experts say that the adoption of new practices contributed to the rapid growth over the last 10 years.

The greatest weakness of used cars compared to new vehicles fresh off the production line is that car buyers are unable to know the exact condition of the former.

Sellers of used vehicles possess accurate knowledge regarding their cars, while buyers have been traditionally left in the dark.

This had previously allowed sellers to be dishonest to potential used car buyers, leaving many buyers to wonder if they were left with the short end of the stick.

The service involves car experts who inspect second-hand cars for any previous accidents and other significant findings that may affect the price of the vehicles.

An official at SK Encar said that efforts to raise the level of trust when it comes to used car transactions will continue.

“Moreover, the market for imported cars is continuing to grow, which is why I predict that the used car market will expand even further in the future,” said the SK Encar employee.