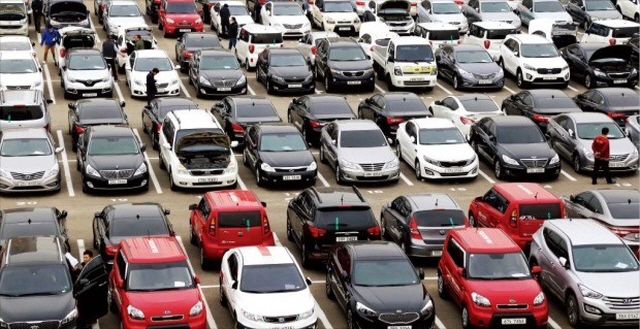 SEOUL, Nov. 30 (Korea Bizwire) — The used car market in South Korea is expected to break the record of 3.78 million transactions this year as an increasing number of consumers are shifting their focus to used cars.

The Ministry of Land, Infrastructure and Transport announced on Thursday that the number of used car transactions exceeded 3.16 million between January and October of this year, which was a 1.2 percent increase from the same period last year (3.12 million transactions).

At this rate, used car transactions are expected to exceed the record of 3.78 million set in 2016.

Experts argue that the increase in demand for used cars is driven by consumer trends that focus on high quality at an affordable price, increasing preference for imported cars, and better-quality vehicles.

The increasing availability of vehicle checks and warranty offers are also working as factors that make consumers feel more confident in used cars.

This year’s used car market has seen increased interest in imported vehicles as well as used cars certified by the manufacturer.

SK Encar, South Korea’s largest used car distribution platform, revealed that imported cars accounted for 24 percent of all used car transactions between January and October of this year, which was an increase of 2 percentage points from the same period last year (22 percent).

In particular, brand-certified used cars vouched for by manufacturers accounted for 13,000 transactions, an increase from 6,900 last year. The number of clicks on certified used cars was also 10 percent higher than normal imported cars.

Gasoline vehicles accounted for 50.6 percent of all registered used cars, while 39.8 percent were diesel. Hybrid and electric cars now have a stronger presence in the market, going from 1.9 percent last year to 2.5 percent this year.