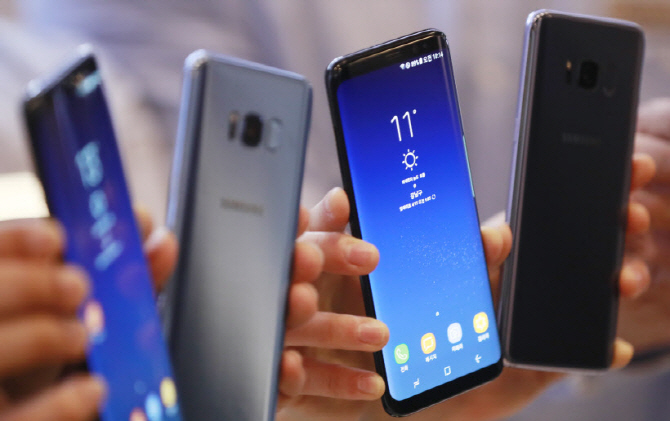 The reason why used-phone sales vary from generation to generation is because older people are more likely to use Samsung mobile phones and younger people typically use Apple’s mobile phones. (Yonhap)

SEOUL, Sept. 5 (Korea Bizwire) — Eight out of 10 people in their 40s and 50s who have ever bought or sold a used cell phone were found to have traded Samsung phones.

The results showed that 78.4 percent of people in their 40s and 50s who had bought or sold used phones traded for Samsung mobile phones.

Apple’s iPhone came next with 13.9 percent, followed by LG mobile phones at 6.8 percent.

Meanwhile, for the 2030 generation, Samsung mobile phones and Apple’s iPhone accounted for 44.6 percent and 43.8 percent, respectively.

The reason why used-phone sales vary from generation to generation is because older people are more likely to use Samsung mobile phones and younger people typically use Apple’s mobile phones.

In addition, telecom stores topped the list, accounting for 42 percent, of the platforms used mostly by 4050 generations for used phone transactions.

This is because when purchasing a new mobile phone, the old phone is often returned through a retail outlet.

This was followed by 33.1 percent of online used marketplaces such as ‘Joonggonara’ and ‘Danggeunn Market’.

Barun Phone explained, “If a used phone is sold through an employee at a telecom store without using a cellphone compensation program from a mobile carrier, users can suffer losses as they sell the used phone at a price offered by the store employee without knowing the market price.”

In fact, one out of two people, or 50.3 percent, in their 40s and 50s found it difficult to compare prices when trading used phones.

The buying and selling of used phones between individuals through online second-hand stores is considered risky as it has problems such as anxiety over fraud and the difficulty of obtaining a refund when problems arise.