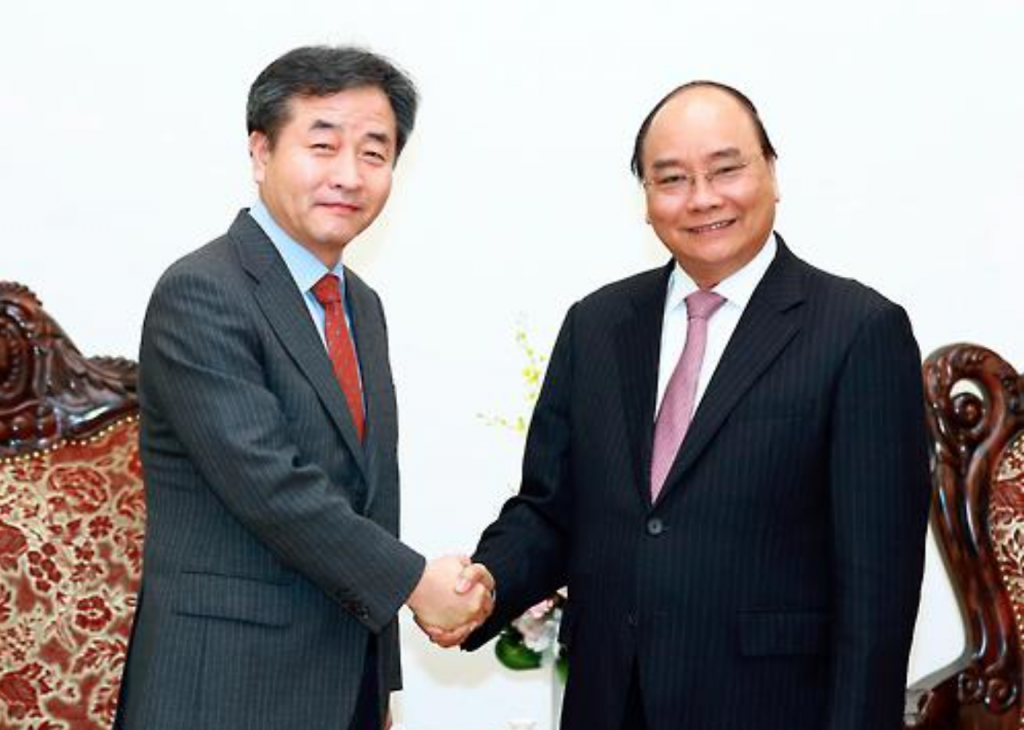 In a meeting with Park No-hwang, president and CEO of Yonhap News Agency, Vietnamese Prime Minister Nguyen Xuan Phuc asked that Korea “maintains the lead in foreign investment in Vietnam.”

“South Korea was the largest (foreign) investor in Vietnam until last year, but Japan and Singapore are increasing investments this year,” Phuc said, expressing his wish for Korean firms to invest more in the Southeast Asian country.

Foreign direct investment (FDI) in Vietnam stood at US$20.5 billion last year, falling 9.5 percent from 2015. South Korea was the largest investor in 2016, accounting for 29.3 percent of Vietnam’s FDI then.

Phuc underscored that Vietnam was focused on creating an upright government that serves companies and people.

“We are pushing for improving corporate environments by means such as simplifying administrative paperwork to win investments from OECD nations,” the prime minister said. OECD stands for the Organization for Economic Cooperation and Development, the Paris-based club of prosperous economies.

Park told the prime minister that Yonhap will work closely with VNA to promote friendship and better understanding between the two nations.

The platform, dubbed PyeongChang News Service Network (PNN), allows members to exchange PyeongChang-related news contents for free in real time. The system is expected to be completed by April.

Members will also be able to use not just Yonhap’s content but also that of fellow members without signing separate agreements. The platform is expected to remove the inconvenience of writing and developing new software for every exchange partnership.