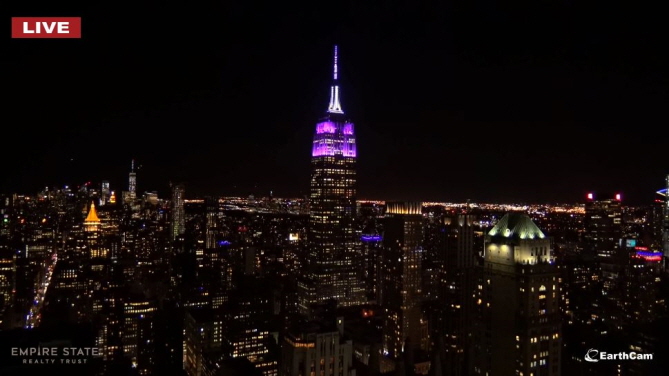 SEOUL, May 23 (Korea Bizwire) — The Empire State Building, a landmark of New York City, turned purple to mark the visit of the K-pop group BTS.

On Tuesday (local time), BTS visited the Empire State Building before appearing on the live radio show of iHeartMedia, the largest radio station in the U.S.

In response, the building changed the upper LED light to a purple color symbolizing BTS for five minutes every hour starting at 7 p.m., when the radio program was broadcasted. 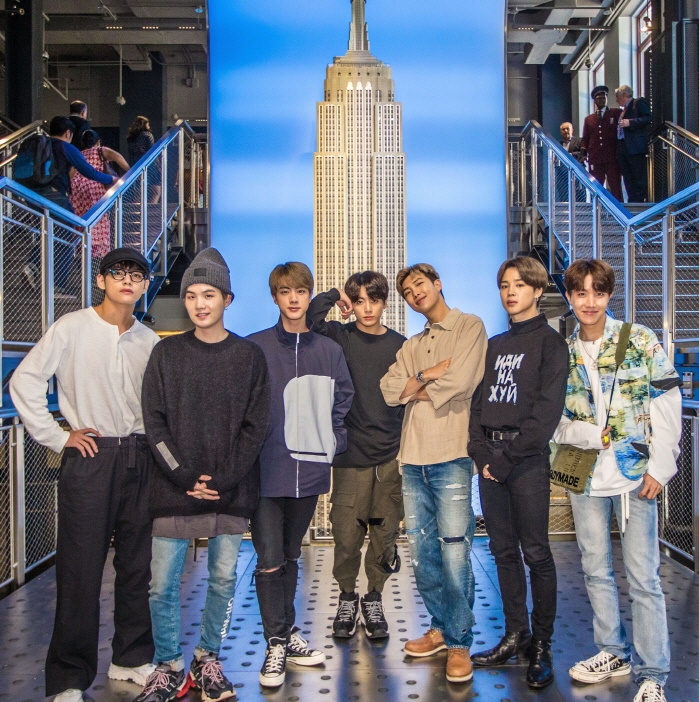