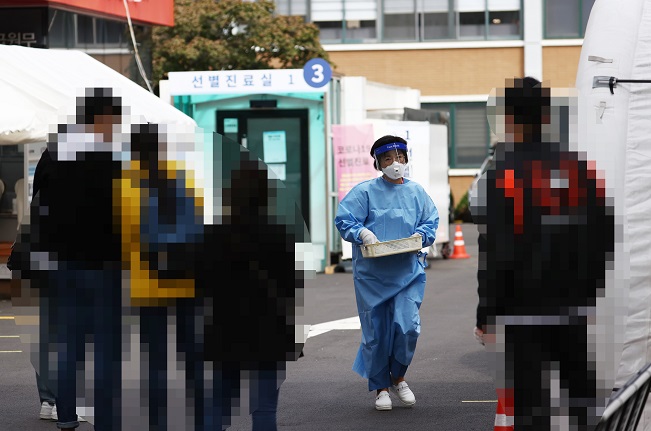 A health worker clad in protective gear prepares to work at a COVID-19 screening clinic on Oct. 7, 2020. (Yonhap)

SEOUL, Oct. 7 (Korea Bizwire) — South Korea’s daily new infections of the novel coronavirus bounced back to over 100 cases Wednesday after rising by double digits for six consecutive days as health authorities strive to curb sporadic clusters across the nation after a long holiday.

The country added 114 more COVID-19 cases, including 94 local infections, raising the total caseload to 24,353, according to the Korea Disease Control and Prevention Agency (KDCA).

The figure marks a sharp rise from 75 posted Tuesday and 73 cases reported Monday. It is also the first time since last Wednesday that the country’s daily virus tally increased by triple digits.

Health authorities have been warning that the country could see an uptick in COVID-19 cases after the five-day Chuseok holiday that ran through Sunday.

The government urged people to stay home during the extended fall harvest holiday, but around 30 million people are estimated to have traveled across the nation to visit their family members and relatives during the holiday.

Health authorities are especially concerned that there could have been a number of asymptomatic patients who spread the virus during the Chuseok holiday.

The country is set to have a three-day break from Friday to Sunday when Hangeul Day, which celebrates the Korean alphabet, is combined with the weekend.

“We have to further assess the outbreak trend this week for the country’s virus situation,” Sohn Young-rae, a senior health officer, said.

“But since we have yet to see a clear sign of a slowdown in the greater Seoul area, we urge people to refrain from having meetings and events and traveling long distances.” 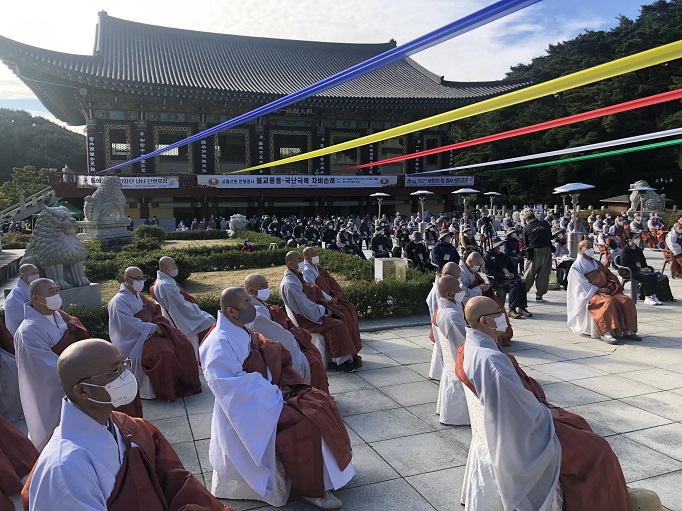 Of the newly identified local infections, 29 cases were reported in Seoul and 49 cases in Gyeonggi Province that surrounds the capital. Incheon, west of Seoul, reported five more cases.

The number of cases linked to a hospital in Dobong Ward, northern Seoul, reached 50 with three more patients being reported.

A hospital in Uijeongbu, north of Seoul, reported 17 additional cases, increasing the total related caseload to 30.

The number of cases traced to a family in North Jeolla Province rose by three to 12.

Over the past two weeks, the number of cases with unclear transmission routes accounted for 18.3 percent of the total new cases.

There were three additional deaths from COVID-19, raising the death toll to 425. The fatality rate was 1.75 percent.

The number of seriously or critically ill COVID-19 patients came to 102 as of midnight, down three from a day earlier.

The total number of people released from quarantine after making full recoveries stood at 22,334, up 251 from the previous day, with 1,594 people isolated for COVID-19 treatment, down 140 from a day ago.