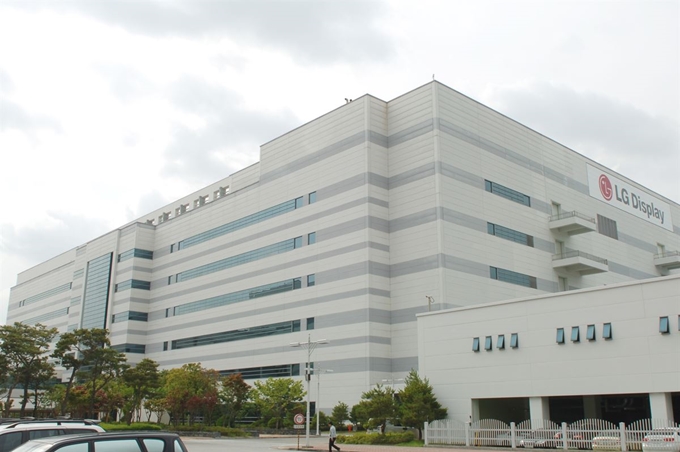 South Korea has so far reported more than 4,200 new coronavirus cases, with more than 87 percent of them identified in the southeastern city of Daegu and surrounding North Gyeongsang Province — the epicenters of the virus outbreak here.

According to the company, one of its employees at the plant tested positive for COVID-19 on Sunday. Those who have had contact with the virus infected-worker were advised to put themselves into self-quarantine, it added.

The company said Saturday that a bank employee working at a branch inside its Gumi plant had contracted the novel coronavirus.

Samsung Electronics Co. reopened its smartphone plant in Gumi on Monday after shutting down the facility over the weekend due to an employee who tested positive for the virus on Saturday.

The company identified one more virus-infected employee at its Gumi smartphone plant on Monday but decided not to halt its production since the employee is not a production line worker.

However, it will shut down a building where the infected employee had worked until at least Tuesday.

Samsung has so far reported four virus-infected workers at its production sites in Gumi. The company previously closed its Gumi smartphone plant between Feb. 22 and 24 after one employee tested positive for the new coronavirus.

The tech giant also reported a virus-infected worker at its foundry factory in Yongin, south of Seoul, last week, but said it has not affected its chip production.

Hyundai Motor Co., South Korea’s biggest carmaker, also restarted its No. 2 plant in southeastern port city of Ulsan on Monday after shutting down the facility for three days.

The company reported a virus-infected employee on Friday and had to close the plant, which produces sport utility vehicles including the Palisade and the GV80.