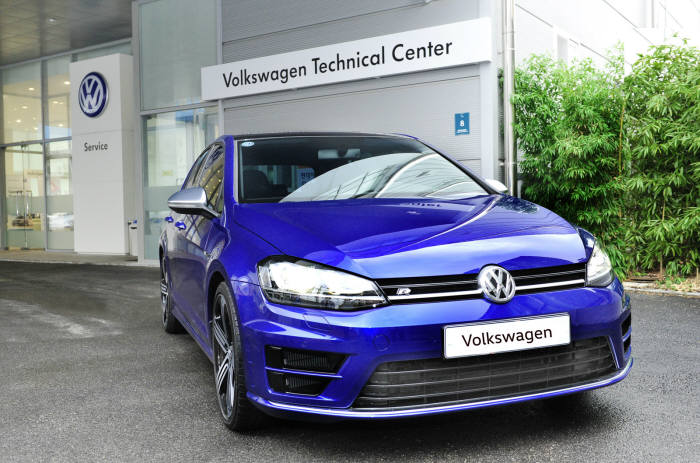 According to article 50 section 7 of the Clean Air Conservation Act, the government has the authority to issue replacement orders for vehicles that fail emissions testing.

SEOUL, June 10 (Korea Bizwire) – Volkswagen customers have submitted a petition to the Ministry of Environment, demanding that their vehicle purchases be refunded in lieu of a recall. Seoul Central District Prosecutors’ Office said Thursday that Audi Volkswagen Korea arbitrarily changed key parts of some 50,000 vehicles, altering their emissions.

The ministry rejected Volkswagen’s plan to recall vehicles that had erroneous emissions results.

“Audi Volkswagen Korea did not admit to using a defeat device for vehicle testing, and for the third time submitted very poor recall plans,” said Ha Jong-seon, a lawyer from Barun Law, which is representing some 4,400 customers in the ongoing lawsuit against the company.

“Ordering the company to enforce a new recall procedure will be both unjustifiable and a waste of time, neglecting the unlawful emissions of pollutants. The ministry should give a replacement order for the vehicles in accordance with the Clean Air Conservation Act.”

According to article 50 section 7 of the Clean Air Conservation Act, the government has the authority to issue replacement orders for vehicles that fail emissions testing.

“The replacement, in this particular act, not only includes physical replacement, but also a refund, which is a form of monetary replacement,” added Ha. “If it is deemed difficult to find a suitable vehicle for replacement, the ministry should issue a refund order.”

Ha also emphasized a precedent in which the American and Californian Environmental Protection Agencies ordered refunds for Audi Volkswagen vehicles sold in the US from 2009 to 2013, when the agencies decided that a recall alone would not be enough for the vehicles to abide by the emissions laws.