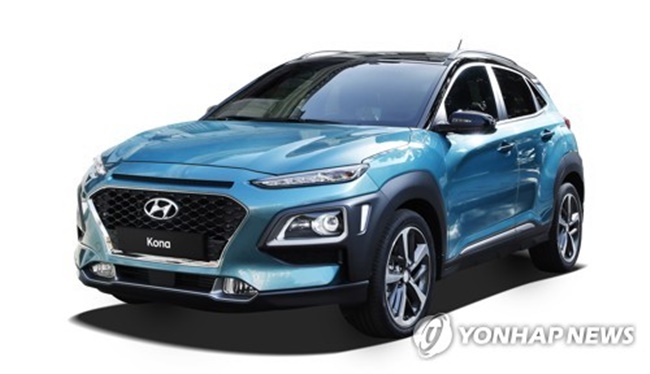 Hyundai Motor and its union have yet to narrow the gap over wages and other terms. They are expected to resume talks on Thursday after failing to reach an agreement in the past 32 rounds of talks, which began in April. (Image: Yonhap)

Hyundai Motor and its union have yet to narrow the gap over wages and other terms. They are expected to resume talks on Thursday after failing to reach an agreement in the past 32 rounds of talks, which began in April.

No wage deal this year and possible strikes at its local production facilities could have an impact on Hyundai Motor as the company gears up to ship new vehicles to customers at the right time, industry watchers said.

In its latest clash between workers and management, Hyundai workers temporarily suspended the entire assembly lines at the company’s No. 1 plant in Ulsan, 414 kilometers southeast of Seoul, on Monday and Tuesday due to disagreement over the expanded production of the Kona small sport utility vehicle.

The two-day suspension caused production losses worth over 20 billion won (US$19 million), the company claimed.

Chances are high the carmaker will suffer additional strikes this year due to big differences with the union over wages and other benefits.

Hyundai workers may walk out in December, as they voted to go on strike if this year’s wage negotiations with the company fail to find a middle ground, the union’s spokesman Hong Jae-gwan said.

In the wage talks, the union has demanded the company raise workers’ basic monthly wages by 154,883 won and offer a bonus of 30 percent of the company’s 2016 full-year net profit of 5.72 trillion won.

The company balked at the union’s demands, citing an unfriendly business environment. It offered to raise basic salaries by 42,879 won per month and to provide bonuses worth 200 percent of basic pay plus 1 million won.

When the offer was rejected by the union, the company suggested bonuses of 250 percent of basic pay plus 1.5 million won in a revised offer.

Hyundai workers staged partial strikes in August that cost the company about 620 billion won in lost production. Labor strikes have plagued the carmaker for decades. Its workers have walked out every year since 1986 except for 1994, 2009, 2010 and 2011.

Hyundai currently operates seven plants in South Korea, including five in the port city of Ulsan. It has also production facilities in the United States, Europe and emerging countries such as China, India and Russia.

The country’s biggest automaker by sales aims to sell a total of 5.08 million vehicles in 2017, higher than the 4.86 million units sold a year earlier.

The company, however, is unlikely to achieve its sales target this year due to sharp plunges in sales in China following bilateral political tensions over a U.S. missile defense system.