“Sony, once the world’s biggest and most successful electronics firm, is now unable to regain its former glory. That’s because, according to management gurus, of the working of the silo effect.”

“Although Sony gave wide-ranging independence to its divisions in the name of responsible management, it only bred an insular management culture incapable of reciprocal operation with others, losing its competitive edge of the whole organization in the end.”

“One of the most important management ideas that I have focused on since inauguration was ‘One POSCO,’ meaning only when all organizational members are in pursuit of the same goal can the organization seek to become the world’s No. 1 and create value.” 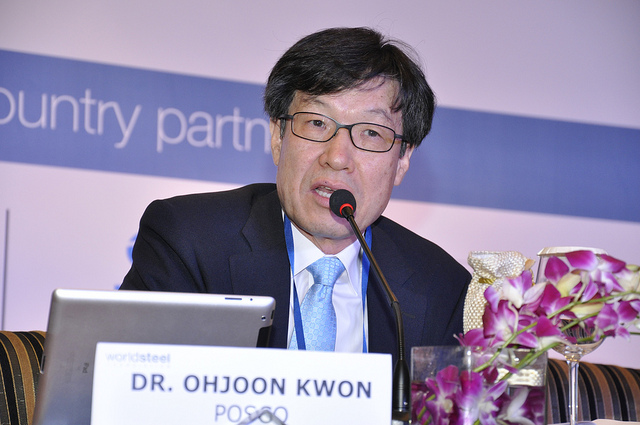 SEOUL, Nov. 7 (Korea Bizwire) — Kwon Oh-joon, chairman of POSCO, stressed “One POSCO,” the group-wide ideology of harmony and communication. He said this on November 6 in an email message sent to all POSCO employees while explaining why Sony is struggling recently based on the silo problem. The silo effect refers to an organizational problem that occurs when different functional departments or product-based divisions put up walls between them and seek self-interest only.

On how to overcome this organizational selfishness, Mr. Kwon said, “Job experience and success cases must be shared across the organization and a group-wide collaborative environment must be created.” “As a Korean saying goes, no matter how capable the boatmen may be, they will end up nowhere if they move in different directions. I want you all to work with other people to get to a destination.”