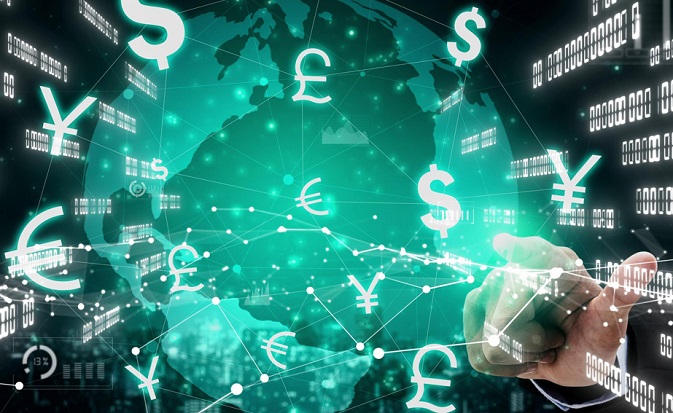 ST PETER PORT, Guernsey and NEW YORK, Oct. 25 (Korea Bizwire) — Currently, discussions, workgroups, task forces and a wide array of organizations worldwide are discussing and working on the creation of either Globally Valid Digital Currencies or CBDCs. These entities have been having these discussions for almost 10 years now – without any concrete result or action resulting from them.

This is because other than a relatively modest group who understand these matters in their entirety, there are four other categories of experts engaged in these discussions, which can be loosely categorized as follows:

This is why despite nearly a decade of talking, many of the most basic and entry-level considerations in these matters have not yet been addressed. Perhaps if they were, resolution on how – or if – to proceed could move past the working-group / task force talking phase and on to action. Some of the matters that should be addressed include the following:

Cryptocurrencies have their own markets and uses, and the entities in those markets have spent a great deal of time and energy to develop them to be fit for their purpose. Their purpose is to facilitate trading in Speculative Retail Commodities, which have fluctuating values, derived from the maintenance of Artificial Scarcity, combined with methods to stimulate Artificial Demand. Their purpose is not – and cannot be – to act as Globally Valid Mediums of Exchange in global economic and financial transactions or markets.

Neither the purpose of Central Banks transacting directly with the public nor the practical, legal nor any other ramifications of taking such a step have ever been able to be clearly articulated. Quite apart from lowering transaction costs to the public, it will raise them – exponentially. The Vice Chair for Supervision of the Federal Reserve System – Randal K. Quarles – gave a speech on these matters previously. His points were clear and inescapable, and it is well worth considering them. A copy of his speech is in the “Resources” section of this article.

Blockchain and Distributed Ledger
Both of these processes – either singly or in combination – are touted as “new” developments or developments that will alter the landscape or enable things to be done now that were not possible before. None of these assumptions are valid. Firstly, many companies already have these processes functional in their systems – they just call them by different names (definitions of each are in the “Resources” section of this article). They are not “new” processes. Secondly, these processes alone are neither enough – nor sufficient, by far – to enable or bring create Globally Valid Digital Currencies. For example, WM’s system has Blockchain ++. That means, specifically, Blockchain + 18 additional Blockchain Processes per transaction + Failsafe (Blockchain processes on ITAN Numbers + Currencies + TUV Serial Numbers + Countries + Mobile Numbers + Transaction Types + Transaction Amounts + Transaction Reference numbers + Usernames + Independent Agents X 3 levels + VSMPs X 2 levels + Dates + Times of Day + Consolidation of all. Failsafe is an additional Blockchain Record maintained by the Artificial Intelligence Agent called HAL). It is the most comprehensive Blockchain system that exists – but alone – or even in combination with Distributed Ledger, it is not enough – very by far – for either a functioning Globally Valid Digital Currency or a Global Clearing System. Similarly, WM has Distributed Ledger++. That means, specifically, Distributed Ledger + 7 additional Distributed Ledger records of the same transaction + Failsafe (Distributed Ledger records on all Independent Agent Consoles X 3 levels + all VSMP Consoles X 2 levels + in all participating Member Accounts in “History”. Failsafe is an additional Distributed Ledger maintained by the Artificial Intelligence Agent called HAL). This is why WM was able to create a Programmable Currency (“Smart TUV”) – because all parties to the transaction can not only jointly see the data, they can independently monitor it, approve it, and program it (as well as it being independently monitored). These attributes and processes alone – or in conjunction – do not, however, even scratch the surface of requirements for a Globally valid Digital Currency or Clearing system. There are thousands of requirements for such a product and system – not just two.

What Entities can most realistically create Globally Valid Digital Currencies?
The only entities capable of doing this in the foreseeable future – as a fact – are Telecommunications companies. Even current Legacy Systems for all Transfers, Payments, Settlement, and all other transactions run on Telecommunications rails. SWIFT – and the entities that run off its rails including the IBAN system, China’s CIPS system, the USA’s Fedwire and all others – are all Telecommunications systems. That is why SWIFT – and all entities that run on its rails – are in the Telecommunications sector (and have been since the inception of “Wire Transfers” – via Telegraph Wires). WM – a Global Telephony Company – has already successfully created a tested, proven, due diligenced and fully-operational worldwide Digital Currency (the TUV) and Global Clearing System. It would not have been able to do so had it not been for the structural, process, logistical, interconnectivity, regulatory and (many) other factors inherent within the global telephony sector. Telecommunications Companies already have at least 50% of the required products, processes, flows, components, infrastructure, and global connectivity fully functional in their existing systems, and are able to do this from regulatory and legal perspectives. There would still be 50%+ to create, and significant restructuring of existing facilities – as well as creation of Artificial Intelligence Complex Adaptive Systems to make it feasible and enable dual-use of their Telephony Facilities. It will take enormous amounts of time, money, and resources – and several years of work – to complete this restructuring, but it would be worthwhile to do this.

Why it is worthwhile to go to the trouble of Creating a Global Digital Currency and Clearing System
In the recent past, various expert commentators have provided their views on the potential advantages a Globally Valid and Multicurrency Digital Currency could bring about. Two of these commentaries – one from the World Economic Forum and one from the Forbes Financial Council – are attached in the “Resources” section of this article, and are well worth reading. Every single one of their prescient predictions is valid and 100% correct. However, those predictions – as seemingly exceptional as they are – do not even begin to describe, even remotely, the extraordinary and unprecedented breadth and scope – and the astounding market opportunities and scale of market opportunities, unprecedented in Economic, Financial, Business, or Commercial history – that are opened up to any entity that achieves this goal. As WM has achieved this goal, and it is already in the position to enter into every market – from basic to sophisticated, and from the smallest to the largest transactions in the world, with unmatchable value-propositions – it can state this as a matter of fact, not as a view or opinion based upon a future but as-yet unrealized aspiration. The markets, market volumes and market values – worldwide – that are available once an entity develops – in reality – a fully functioning Globally Valid, Distributable, Accessible, Recognizable, Convertible, Transactable, Transferable, Redeemable, Stable Store of Value and Medium of Exchange – that has the utility of cash and the security and convenience of Digital Currency – make virtually any effort worthwhile.

This is because the Market Scope, Volumes and Values that then become available to the company possessing the Globally Valid Digital Currency and Global Clearing System – as WM does – are so vast in size (cumulatively in excess of USD 25 Trillion+ per day), that they are literally unmatched and unmatchable, by factors and by degrees of magnitude, by any and every single other form of business in the world.

Comments on the WM System’s Capacities by Professor Jan Kregel of the Levy Economics Institute:
https://youtu.be/XYBrCikUhn8