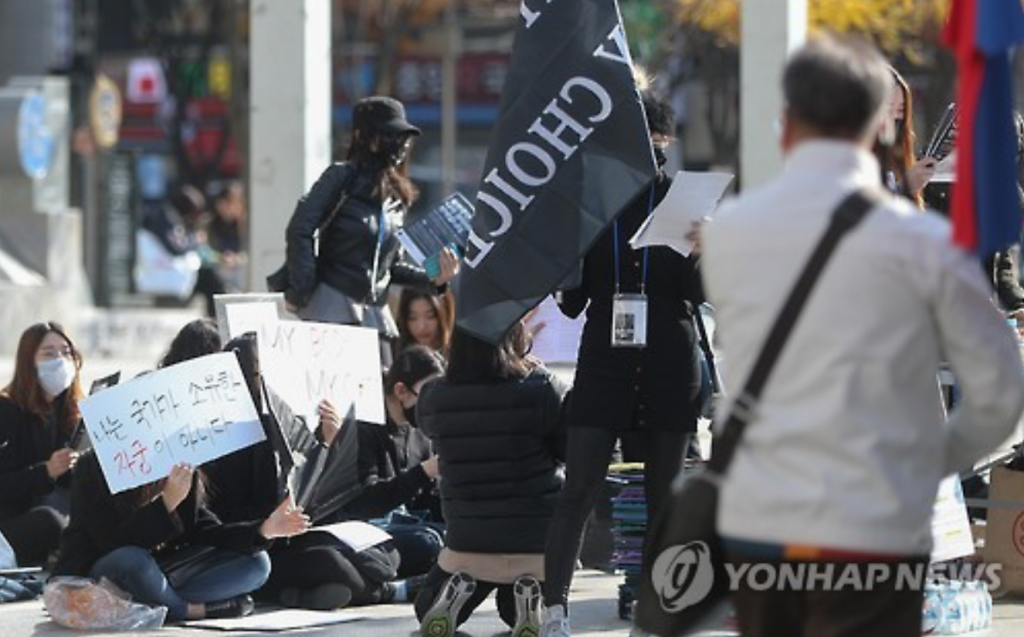 SEOUL, Nov. 21 (Korea Bizwire) – A group of Korean women who identified themselves as BWAVE (Black Wave), from Poland’s “Black Monday” strike against an abortion ban, held a rally Sunday in Myeongdong, Seoul, calling for the legalization of abortion.

Some twenty women dressed in black and wearing masks chanted slogans such as “it’s a woman’s right to decide her sexual rights”, “don’t restrain our reproductive rights”, and “women are not baby factories”, arguing that terminating a pregnancy should be an independent decision.

Abortion is illegal in Korea. However, the Mother and Child Health Act does permit the procedure for women that are less than 24 weeks pregnant, under specific circumstances such as pregnancy resulting from sexual assault, incestuous pregnancy, or when parents suffer from infectious diseases or genetic disorders designated by presidential decree. 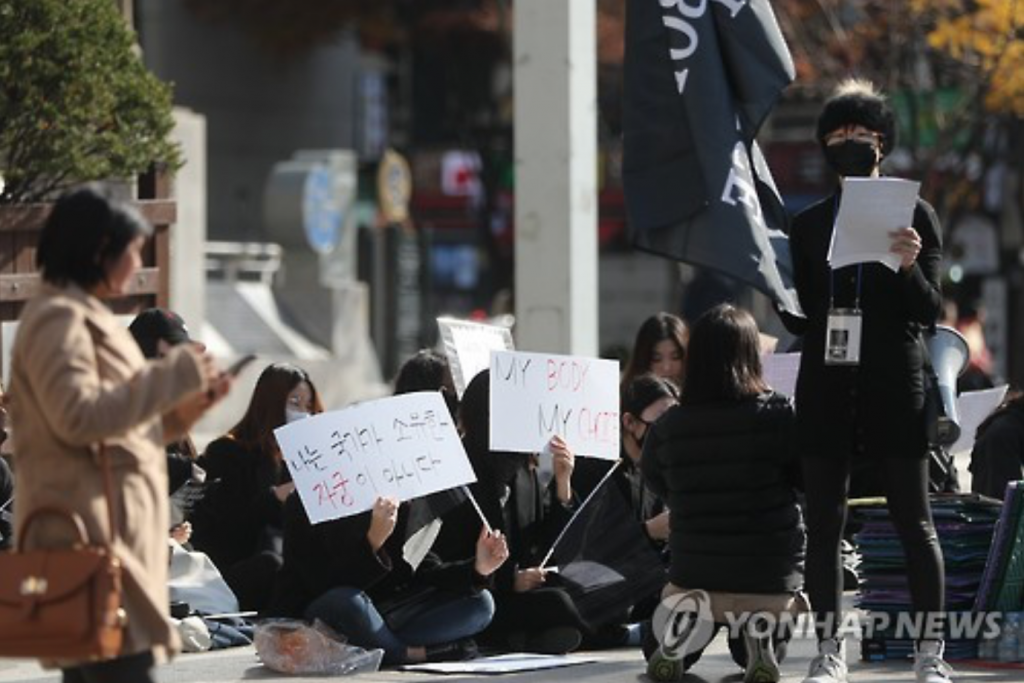