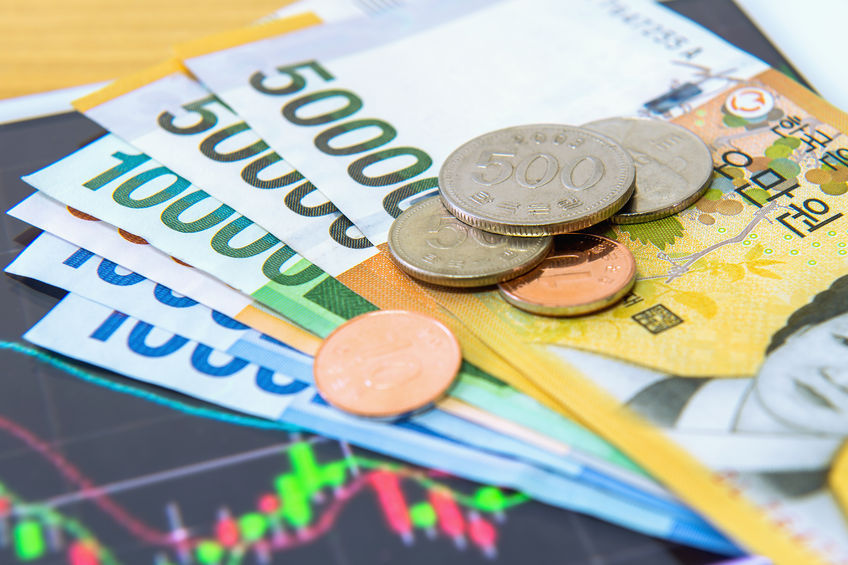 Against such a backdrop, the South Korean currency hit a five-month high against the dollar Monday as exporters sold their dollar earnings on the currency market, Sun said. (image: KobizMedia/ Korea Bizwire)

SEOUL, March 29 (Korea Bizwire) – The South Korean currency is expected to strengthen further against the U.S. dollar for the time being on the Fed’s confirmation of its tight monetary policy and other factors, analysts said Wednesday.

With the greenback remaining weak against major Asian monetary units, the local currency is highly likely to rise above 1,100 won per dollar in April, but it will have a limited impact on South Korean exporters and the stock market.

Donald Trump’s victory in the U.S. presidential election in November caused the dollar to strengthen against major currencies, but it has swung to a downturn since mid-March.

The greenback’s weakness has been driven by the U.S. central bank’s confirmation of its stance on gradual rate hikes this year, concerns over Washington’s designation of South Korea and other major economies as currency manipulators and foreign investors’ brisk purchasing of South Korean stocks.

In addition, the South Korean currency has been undergoing upward pressure as the recent Trumpcare debacle has dashed hopes for stimulus from the Trump administration, such as tax cuts and infrastructure investment.

“The dollar has remained weak against major currencies in the wake of a failed vote on Trumpcare,” said Sun Sung-in, a researcher at Shinhan Investment Corp. “The won is going hand in hand with Chinese, Japanese and other Asian currencies that are strong against the greenback.”

Against such a backdrop, the South Korean currency hit a five-month high against the dollar Monday as exporters sold their dollar earnings on the currency market, Sun said.

Kim Hwan, an analyst at NH Investment & Securities Co., echoed Sun’s view, predicting the local currency to remain strong against the dollar for a while.

“The greenback is projected to weaken moderately against the won for the time being due to such factors as eased worries about America’s monetary policy, weakened expectations for Trump’s policies and a high possibility of the eurozone tapering,” Kim said.

Some analysts said the South Korean currency could rise above the 1,100 won level per dollar sometime in April, when the U.S. Treasury Department is slated to announce a report on foreign exchange rates.

“The market is now focused on the expected foreign exchange report amid a strong tendency to factor it in in advance,” said So Jae-yong, a researcher at Hana Financial Investment Co. “The local currency may rise as high as 1,090 won to the dollar next month.”

On Wednesday, the local currency finished at 1,114.20 won against the greenback, down 1.2 won from the previous session.

Most market watchers said the won’s envisioned strength against the greenback will likely have a limited impact on the South Korean stock market and its exports.

“There is a low possibility that the dollar may turn bullish drastically this year, which will positively impact the stock markets of emerging economies,” said Ma Ju-ok, a senior investment strategist at Hanwha Investment & Securities Co. “South Korea’s exports are influenced more by the performance of the world economy than the won’s value.”

Chung Won-il, a researcher at Yuanta Securities Co., expressed a similar view. “The pace of the won’s strengthening has been gathering ground, but it is not deemed excessive in consideration of South Korea’s strong economic fundamentals. There is a limited possibility that the won’s strength will make South Korea’s overseas shipments weaken sharply down the road.”

South Korea’s exports have been on a roll in recent months. The country’s overseas shipments soared 20.2 percent on-year to US$43.2 billion in February, marking the fastest gain in five years and the fourth consecutive month of increase.