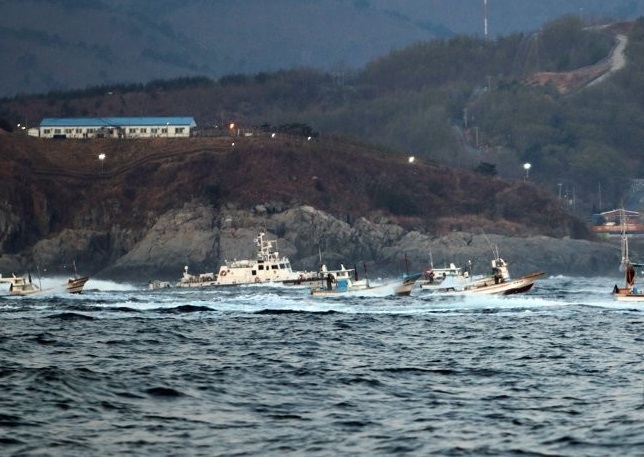 Fishing boats enter waters off Jeo Island in the Goseong region of South Korea’s east coast on April 9, 2020, in this photo released by the Coast Guard.

SEOUL, Oct. 12 (Korea Bizwire) — The Japanese government is stepping up to use YouTube to insist on calling the East Sea the ‘Sea of Japan.’

Japan’s Foreign Ministry posted a YouTube video titled ‘Sea of Japan – The one and only name recognized by the international community’ last month.

In the video, the Foreign Ministry claims that the term wasn’t coined by Japan, but by Europeans during Japan’s pre-modern era, and has spread throughout the international community.

The video adds that 90 percent of all maps published by the U.S., Britain and three other countries in the 19th century use the term ‘Sea of Japan’ to refer to the East Sea. The video comes with an English narration, with subtitles available in 10 languages.

Last November, the International Hydrographic Organization (IHO) decided to introduce a numbering system to replace the terms ‘East Sea’ and ‘the sea of Japan’ on its digital nautical chart, which the video fails to mention.

Tokyo has recently been making rigorous efforts to promote its claims on certain disputes via YouTube.

The Foreign Ministry also reportedly plans to post a multilingual video about Japan’s stance on the Rising Sun Flag.

The video claims that the flag is ‘part of Japanese culture,’ and is used in sports events for cheering, an excuse for the fact that the flag was also used as a military flag during World War II, and is a symbol and a painful reminder of Japanese militarism, aggression, and colonization for many countries.