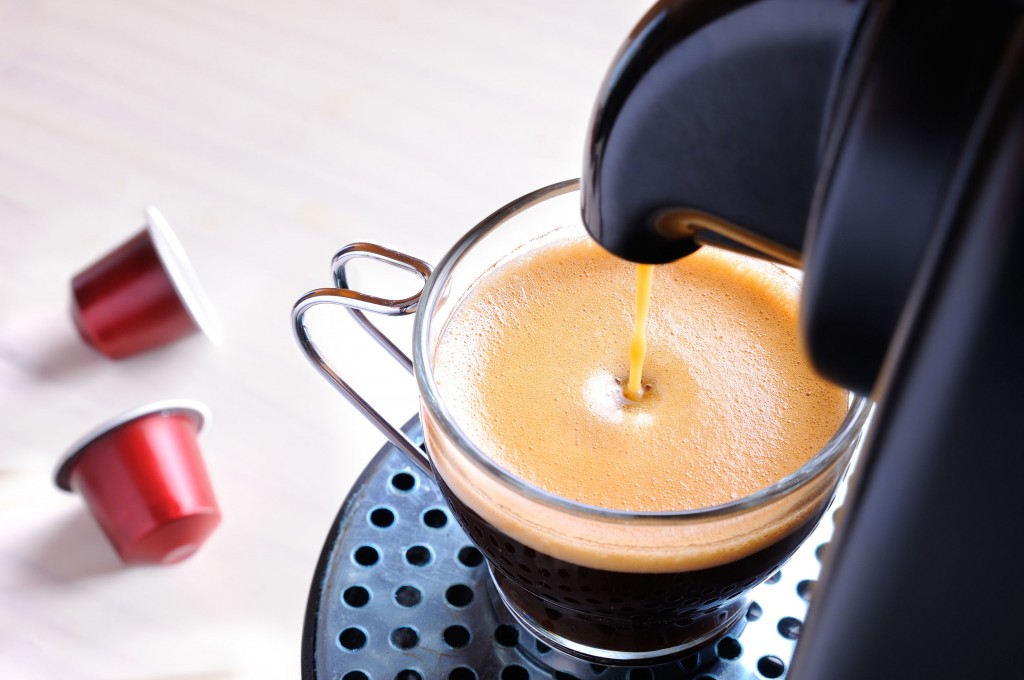 Keurig entered the Korean market in July, and although Hollys Coffee has collaborated with other franchises to make Keurig-specific coffee capsules, this is the first time for the company to launch its own exclusive products.

Colombian Supremo is a medium roast coffee which uses Hollys Coffee’s most popular “100 percent coffee Arabica” beans, whereas Espresso Rainforest Blend is a dark roast certified by the Rainforest Alliance.

The foray into the capsule market for Hollys Coffee is no surprise, as domestic coffee makers have been struggling to boost sales in a local coffee market that has reached its saturation point.

Coffee capsules were recently pointed out as a potential promising breakthrough for local coffeemakers with the increasing popularity of Nescafé Dolce Gusto capsule coffee machine, of which over 1 million units were sold in Korea, and the expiration of Nespresso’s capsule container patent in 2012 allowing Nestlé’s competitors to offer capsules compatible with Nestlé coffeemakers.

According to officials, the local market for capsule coffee and related machines was valued at 2.5 trillion won ($2.13 billion) in 2015, and is expected to grow into a 5-trillion-won industry by 2020.