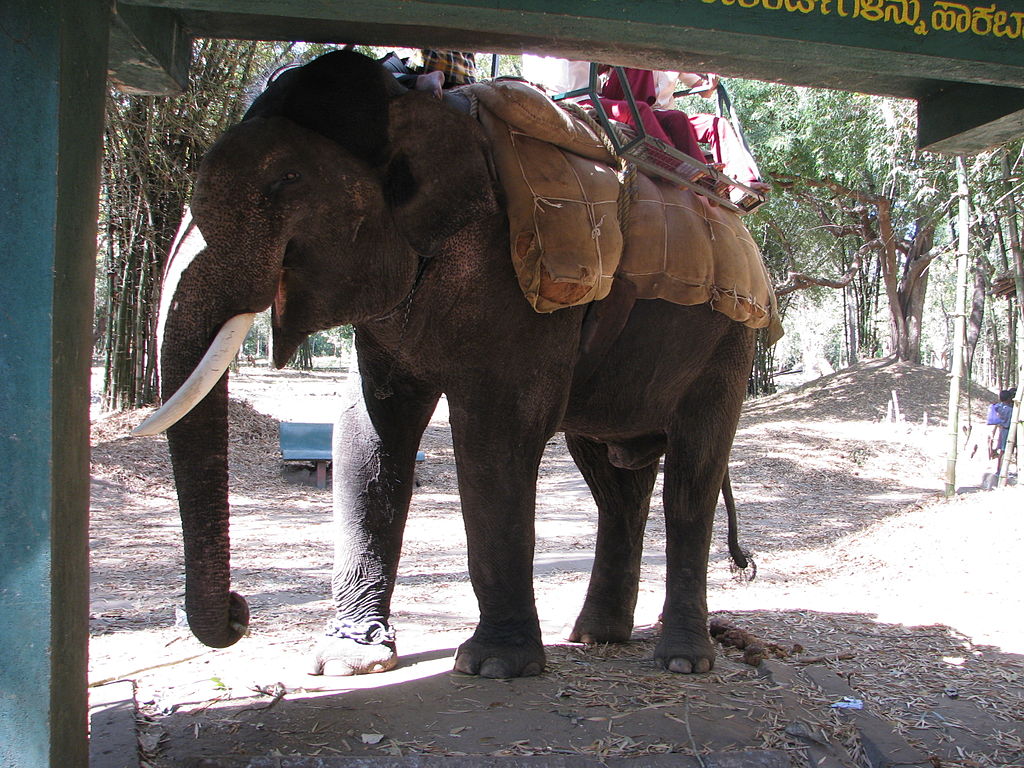 Around 16,000 Asian elephants are suffering in captivity worldwide, according to the WAP. (image: Wikimedia Commons)

WASHINGTON, Oct. 4 (Korea Bizwire) – From elephant rides to walking with lions, selfies with tigers to swimming with dolphins, wild animal attractions are currently part of too many holidays. Yet tourists are largely unaware of the cruelty that goes on behind the scenes.

Tourists might think riding an elephant or walking with lions does no harm. But the brutal truth is that breaking these animals’ spirits to the point where they allow humans to interact with them involves cruelty at every turn; snatching them from their parents in the wild or breeding them in captivity; transporting them; keeping them in isolation and beating them to break their wills. An animal in the wild would never let someone get that close to it.

Global research carried out for World Animal Protection highlights the startling truth that nearly 50% of people pay for a wild animal experience because they love animals. The charity, which has successfully campaigned to stop the cruelty of bear dancing in India, Greece and Turkey, is revealing the hidden abuses inflicted on wild animals in tourism so holiday makers know the truth behind the scenes, before they book (http://beforetheybook.worldanimalprotection.org/en/#video).

“Right now thousands of tourists are searching for wild animal attractions, simply unaware of the abuse behind the scenes. What they don’t realise is that ‘once in a lifetime’ for them means a lifetime of misery for wild animals.

“We want tourists to know the truth before they book. We’re asking people to join us in alerting other tourists to the hidden suffering behind every elephant ride.”

Snatched from their mothers at just a few months old or bred in captivity, elephants are isolated, starved and beaten with pointed bull hooks to break their spirits and make them perform. Around 16,000 Asian elephants are suffering in captivity worldwide.

To make them safe to handle, cubs are removed from their mothers at early age and beaten for misbehaviour. Conditions behind the scenes of animal parks where people stroll with tigers are harsh, with tigers kept on leads or in small, barren cages when they’re out of sight and punished to train them and keep them under control.

Cubs spend their days in a relentless cycle of paid-for handling and photo opportunities, which can cause them such stress that some lose their hair. Once they’ve grown to an unwieldy size, they’re either drugged or abused until they’re compliant enough to walk with tourists.

Captive dolphins live in chlorinated pools which are tiny fractions of the vast oceans where they’d swim over 1,000km a day. An estimated 1,600 bottlenose dolphins are kept in captivity to perform dolphin shows.

Baby macaques are wrenched from the arms of their mothers – often injured or killed in the process – every year across Asia and the world, including 3,000 in Indonesia alone. They live their lives on short leads, tied to posts or cramped into tiny mesh wire cages. During shows they are forced to repeat degrading behaviours set to blaring music day after day. Many young macaques don’t survive the rigorous, harsh training to dance, ‘play’ a guitar or ride a bike.