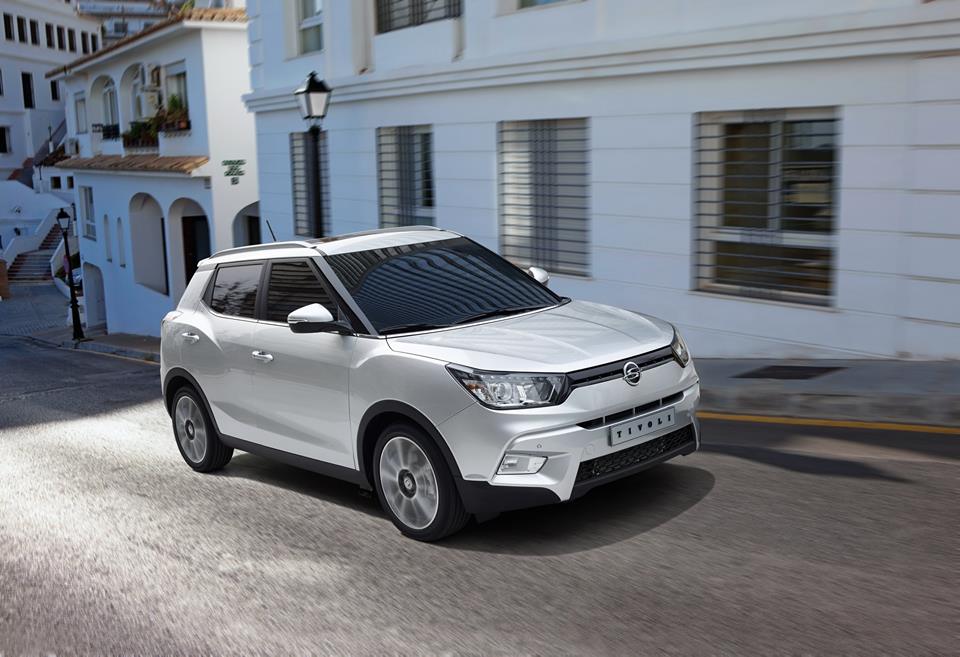 Ssangyong has sold more than 8,000 units of the Tivoli in the Korean market. (image: Ssangyong Motor)

Ssangyong Motor began shipments of the Tivoli SUV toward Europe and Latin American countries, with more than 2,000 units bound for the markets, according to the sources.

The Tivoli was launched on the market here in January, with an aim to sell about 38,000 units this year and increase the sale to 100,000 from next year. Industry data showed that Ssangyong has sold more than 8,000 units of the Tivoli only in the Korean market.

Ssangyong showcased the Tivoli at a Geneva motor show earlier this month as part of preparation for its overseas shipments.

The Tivoli hit showrooms on Jan. 13 in South Korea with high expectations that it would appeal to younger consumers with an “edge” in designs, colorful interiors, roomy cargo space and affordable prices.

The Tivoli is competing with such models as Renault Samsung Motors’ QM3 and the Tucson, recently unveiled by Hyundai Motor Co., the country’s largest automaker.

In particular, Hyundai Motor has sold more than 10,000 units of the Tucson on a contract basis in less than three weeks since its launch, a strong performance that would intensify competition in the small SUV market.

The compact SUV market is one of the fast-growing automobile sectors, driven by the growing popularity of SUVs and strong demand for roomy but affordable vehicles among younger consumers. According to industry data, sales of small SUVs grew by about 150 percent from 2008 to 2013.