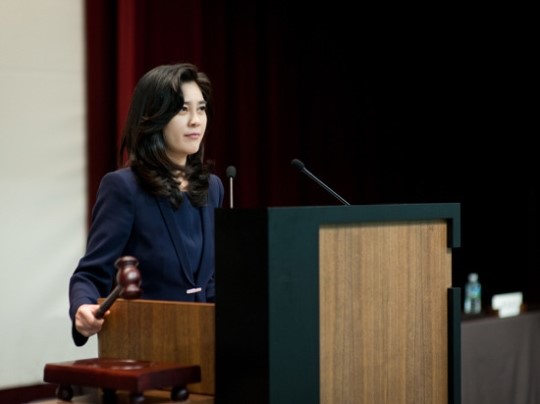 Lately Hotel Shilla’s general manager and CEO Lee Bu-Jin was mentioned so frequently on the media for her nice gesture to an elderly taxi driver. (image:Hotel Shilla)

SEOUL, Korea, Mar 21 (Korea Bizwire) – For companies, reputation is more important than anything else. That’s why they spend fortunes on advertising and even today company chairmen are going all out to communicate with customers through social networking tools. Lately Hotel Shilla’s general manager and CEO Lee Bu-Jin, Who happens to be one of Samsung group chairman Lee’s daughters, was mentioned so frequently on the media for her good-will gesture to an elderly taxi driver.

Local news reports complimented her decision not to pursue compensation for the damage, singing the song of “noblesse oblige” benefiting the whole Samsung Group as well as the luxury hotel chain. Even though her company incurred a loss of about 400 million won (US$400,000), it got back much more than that from the reputation enhancement effect.

The story was as follows: A 82-year-old taxi driver, named Hong, accidentally broke the hotel’s front revolving door while dropping off a customer on February 25, causing a damage of 450 million won and four injuries. As the liability insurance he took out covered up to 50 million won, he was in a situation to pay for the remaining 400 million won out of his own pocket.

Upon receiving the report, Ms. Lee, who happens to be the daughter of Samsung Group chairman Lee Kun-hee, told her people to find out about the driver and his finances. Hotel Shilla managers visited in the following day Mr. Hong’s home in Jongam-dong in the northeast of Seoul. They found him in a small basement house living alone. His health was deteriorating too.

In the end, she decided that her company won’t press for him to pay for the damages. In addition, she ordered her people to pay hospital bills for his injury from the accident. Immediately after the news reports were out, readers’ comments poured out praising the CEO’s graceful decision. Even though there were critical remarks such as “To a well-off businesswoman like you, 400 million won won’t be a lot of money,” “You effectively bought good reputation for the money” and “The real noblesse oblige of a big company owner is allowing workers to organize themselves, not some cheap charity,” the overall tone of the comments was positive.

Even the left-leaning Justice Party put out a comment on its official Twitter: “You think we are always critical to companies like Samsung? Nope. We give credit where credit is due. Ms. Lee Bu-Jin, you did a real good job! We hope that Samsung could do the same to all underdogs in the future.”

Mr. Hong, meanwhile, said, “I was so panicked after the accident how to pay back the damages. Thanks to the kindness of the company, I was saved and I don’t know how thank you.”