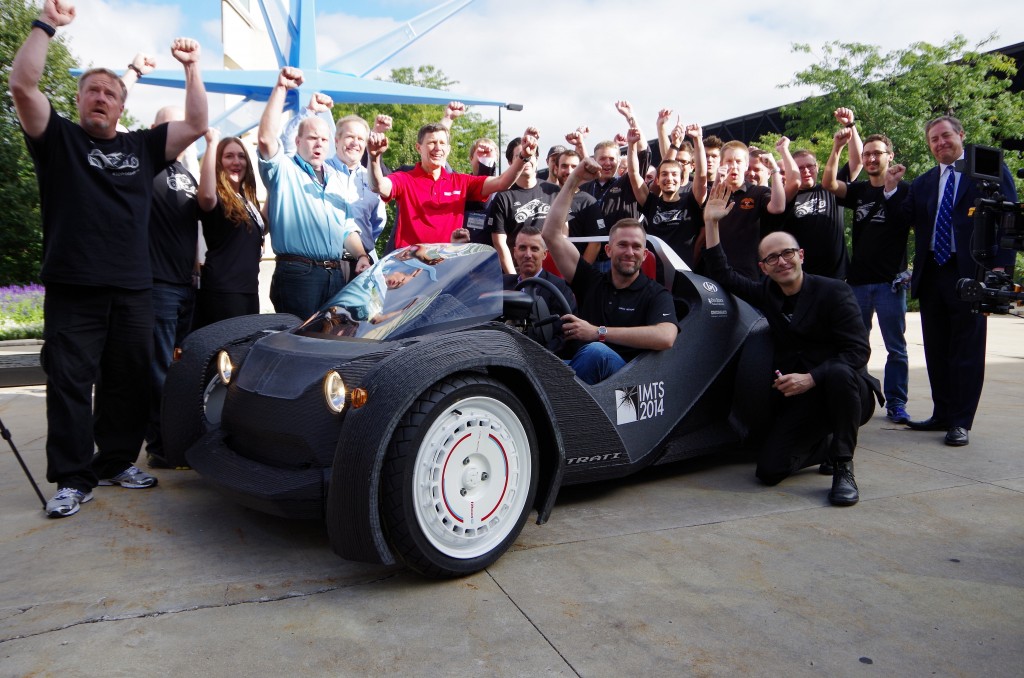 Solid Edge was integral in preparing the Strati for 3D printing. The mechanical component parts for the Strati were leveraged from the Renault Twizy. As the design files were not initially integrated with the design of the 3D printed portion of the car, virtually all of the components had to be to fit onto the new “chassis.”