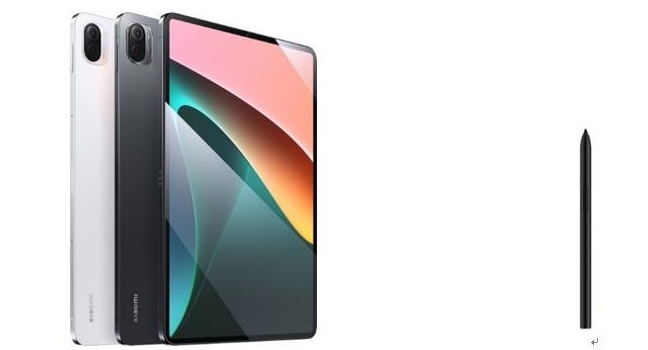 Xiaomi Pad 5, which was first unveiled in China last month, will be available on South Korean online retailers from next Thursday with a price tag of 449,000 won (US$380).

This is the first time since 2014 Xiaomi is releasing a new tablet product in South Korea.

The company said it decided to sell the new tablet in the country to meet growing demands for IT devices amid the pandemic-driven stay-at-home trend.

The Pad 5, featuring an 11-inch display supporting a 120Hz refresh rate, is powered by Qualcomm’s 7-nanometer Snapdragon 860 processor and packs an 8,720mAh battery. The new tablet houses an 8-megapixl front camera and a 13-megapixel rear camera.

It comes with the Smart Pen, which allows users to take notes or take screenshots with its function keys.

Xiaomi hopes the Pad 5 can attract local consumers who are looking for high-quality, budget products in the South Korean tablet market that is dominated by Apple Inc.’s iPad and Samsung Electronics Co.’s Galaxy Tab.

To further expand its brand in South Korea, Xiaomi said it will also sell its new wireless earbuds, the Redmi Buds 3 Pro equipped with an active noise cancelling feature, which will be available in South Korea next Thursday with a price tag of 67,900 won.

In addition, the Chinese firm said it plans to release cordless vacuum cleaners, curved gaming monitors and air fryers in South Korea in the near future.